Dogboe: I Just Couldn't Get The Victory, The Best Man Won

Navarrete rocked Dogboe in the 10th round and dominated the rest of the way with two judges awarding him the fight by scores of 116-112 and a third making it 115-113.

Navarrete, an underdog against the London-based Ghanaian champion, made the most of his height and reach advantage. 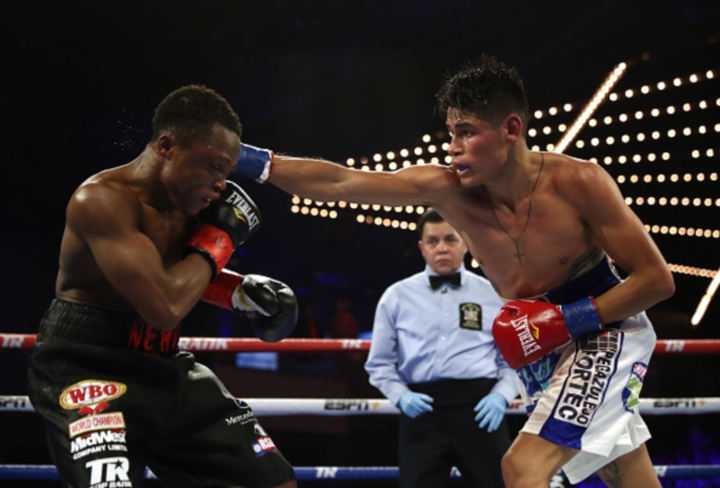 Dogboe, his face bloodied and swollen, had to dig deep to avoid a knockout over the final two rounds.

"It was a great fight, and Emanuel Navarrete fought like a true Mexican warrior," said Dogboe, who fell to 20-1 with 14 knockouts.

"Champions are supposed to keep going under any circumstance, but I just couldn’t get the victory. The best man won tonight.”

He was making the second defense of the title he won with an 11th-round knockout of Jessie Magdaleno on April 28. On August 25 in Arizona he stopped Japan's Hidenori Otake.

He hasn't lost since dropping a four-round unanimous decision to Daniel Argueta in his fourth pro bout six years ago.

“I thank Dogboe for this opportunity," Navarrete said. "This world championship represents every day that I was working away from my family. This title represents sacrifice. I injured my right hand early in the fight, but I had the desire to be a champion and I did everything necessary to get the title, and I am very happy and proud to achieve this goal of being the world champion.”

Dogboe is a real champ...no excuses

Dogboe’s corner should have protected him and thrown in the towel. He took far too much unnecessary damage in the 11th and 12th round, when he had no chance of winning. His corner did not take care of him.

Take notes GGG. This is how you accept a loss.

Dogboe: "I just....I j-j-just couldn't get past that BMC (Big Mexican Caaaaawk!)....it was just too big....I am sorry Ghana, I am sorry to my ancestors for channeling your spirit and still losing, NEHO NEHO NEHO..oh, where was I? Oh yeah,…