Sean Dodd may be facing Tom Stalker tonight in a lightweight grudge match but it could well have been Scotty Cardle in the opposite corner.

Dodd defends his Commonwealth Lightweight strap live on Sky Sports against the former 2012 Team GB Olympic Boxing captain, but ‘Masher’ told Boxing Scene that a third fight between himself and Cardle was on the table at one point.

“When [promoter] Eddie (Hearn) phoned about the September bill it was because of the Cardle third fight,” Dodd said.

“Eddie asked if I would take the third fight. Now we've got the belts [Commonwealth and WBC International] and Scott needs something. He said will you give Scott a shot? I said of course I will. I will happily fight Cardle in a third fight and give him a shot at the Commonwealth, without a shadow of a doubt. Not a problem. He gave me a shot at the British twice.” 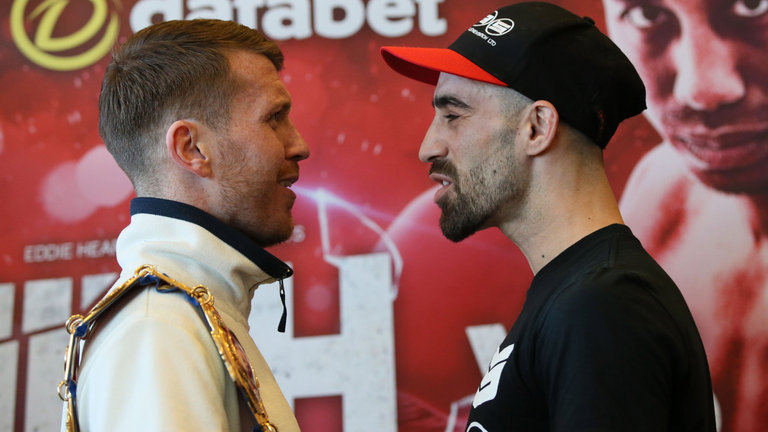 In November 2015 and April 2016 Cardle and Dodd shared the ring for nearly the full 24 rounds over both fights. Cardle would stop his British title challenger, after Dodd had given a great account of himself, before the pair fought to a draw with the usual split believing that both men had won.

The build-up to both fights had it's fair share of needle. Both men appeared respectful afterwards, but the usual jibes on social media were never a million miles away.

“To be honest I've never had a bad word to say about Scott,” said the Commonwealth champion.

“I don't think I ever have. I've only ever been a little bit upset with the disrespect and comments after the second fight. That was a really good fight. I thought surely, I've earned a bit of respect from you after that. And in the interviews ringside he was respectful but in the changing room he was disrespectful. It did hurt my feelings a little bit but I didn't let it affect me.”

After Cardle rejected a third fight with Hearn, the promoter brought an offer to Dodd’s table to fight Stalker. One that was accepted, and has now seen the pair be embroiled – as is the norm nowadays – in a war of words on social media. Initially, however, Dodd did not want to give Stalker the opportunity to fight him.

“He doesn't deserve it. He's just been mouthy and disrespectful,” said Dodd who now plans to make his rival eat his words.

“There's tougher lads out there who deserve the shot, and who would be an even harder fight for me even though Stalker is what he is. He's a great boxer, a good lad, a tough test and a step up but there's tougher ones out there. He [Hearn] said 'Look, here's the deal. Do you want the fight?' I said, 'Well in my eyes it’s an easier fight and a better payday than probably the rest, so why not. Let's do it, it's business.'”

Cardle, who lost his British lightweight title to Robbie Barrett in Glasgow in April returns to action next weekend in Manchester on the Anthony Crolla-Ricky Burns undercard.