Dmitry Bivol’s debut on premium cable drew respectable ratings considering his level of opposition and the time it aired live in the United States.

Bivol’s first-round knockout victory over Trent Broadhurst on Saturday peaked at 356,000 viewers and drew an average audience of 341,000 for HBO, according to ratings released Tuesday by Nielsen Media Research. The one-bout broadcast from Monte Carlo, Monaco, began at 5:45 p.m. ET/2:45 p.m. PT in the United States.

HBO’s same-day replay of the Bivol-Broadhurst bout drew a peak audience of 305,000 and an average viewership of 289,000 on Saturday night. 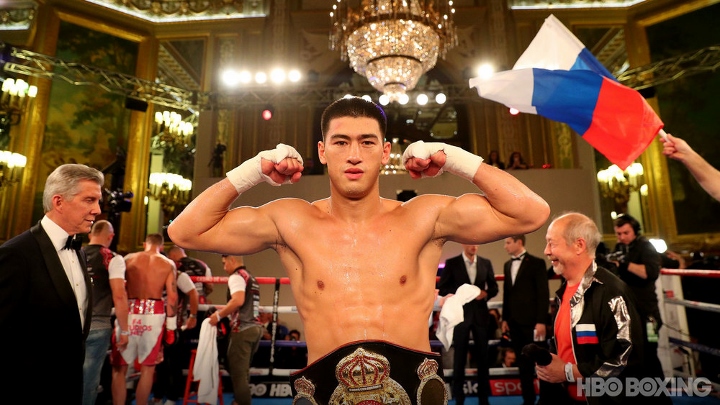 Kyrgyzstan’s Bivol (12-0, 10 KOs) successfully made his first defense of the WBA world light heavyweight title by blasting Australia’s Broadhurst (20-2, 12 KOs) with a straight right hand just before the bell sounded to end the first round of a scheduled 12-round fight at Casino de Monte Carlo. The hard-hitting Bivol could battle Cuba’s Sullivan Barrera (20-1, 14 KOs) in his next fight if Barrera beats the Dominican Republic’s Felix Valera (15-1, 13 KOs) on November 25 in The Theater at Madison Square Garden.

HBO also will televise Barrera-Valera as part of a tripleheader that’ll feature Sergey Kovalev in the main event. Russia’s Kovalev (30-2-1, 26 KOs) is scheduled to face Ukraine’s Vyacheslav Shabranskyy (19-1, 16 KOs) in a 12-round fight for the vacant WBO light heavyweight title.

HBO now bragging about almost matching Showtime's ratings while ignoring the fact that they have a 30% larger subscriber base.

[QUOTE=cali37;18192836]3 times the number of lil g for his least selling ppv[/QUOTE] If GGG's first PPV had been against Floyd, you can bet the rest of his all would have been at least in the Canelo minimum range too. Also,…

The fight looked like it was in a fancy library and it was a 3 minute mismatch. 356, 000 is more than that fight deserved.

For a debut that really wasn't marketed I think that's actually a solid number for Bivol. I think HBO would be wise to continue to pick up Bivol fights and give him a bigger showing. I'm guessing that if Barrera…