Dirrell vs. Benavidez Targeted for Wilder-Ortiz Undercard on 9/28

Dirrell lost the title in 2015 when Badou Jack defeated him via majority decision.

Jack would vacate the title in 2017 when he decided to move up to the light heavyweight division. 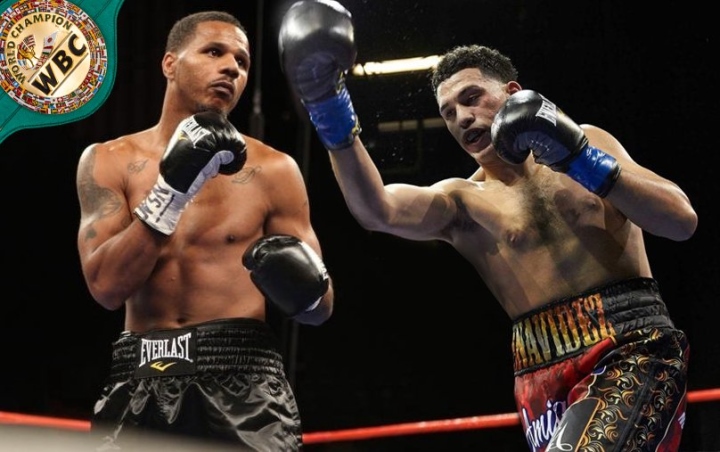 Following Smith's entry into the World Boxing Super Series, it was announced the fight for the vacant title would be between Dirrell and David Benavidez.

But, then WBC announced that Dirrell would be unable to compete due to injury and the bout for the vacant world title would be between Benavidez and Ronald Gavril.

Benavidez would capture the vacant title with a split decision victory over Gavril. Due to some scoring controversy, a rematch was ordered and then Benavidez defeated Gavril decisively - but then a few months later he was stripped of his belt when he tested positive for cocaine.

[QUOTE=SchoolTheseCats;19855558]Spence/porter is on regular fox and prob get Charlo/Harrison on that card unless fox wants Charlo fight be a main event also[/QUOTE] No, Spence/Porter will be on PPV.

[QUOTE=KTFOKING;19854822]Okay, something isn't adding up here. Spence mentioned September 21 as the date for the Porter fight. They aren't going back to back weeks of PPVs. And I actually thought they would add this fight to the Spence/Porter card, but…

Benavides is just the all around better boxer .. no lies

[QUOTE=KTFOKING;19854822]Okay, something isn't adding up here. [B]Spence mentioned September 21 as the date for the Porter fight.[/B] They aren't going back to back weeks of PPVs. And I actually thought they would add this fight to the Spence/Porter card, but…