Heavyweight contender Dillian Whyte has verbally lashed out at the World Boxing Council - over their decision to make Dominic Breazeale the mandatory challenger to WBC world champion Deontay Wilder.

Wilder will make his mandatory defense against Breazeale on Saturday night at the Barclays Center in Brooklyn, New York.

Whyte believes the sanctioning body has mistreated him for a very long time. 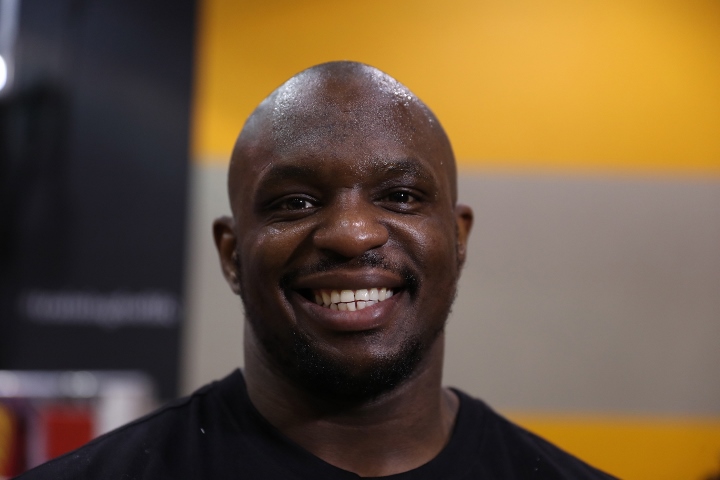 Whyte has been sitting in the number one position of their rankings for a long time.

But somehow he was passed over when the sanctioning body ordered a controversial eliminator between Breazeale and Eric Molina.

Initially the WBC denied that Breazeale-Molina was a "final" eliminator. But then several months later the WBC said the contest was indeed sanctioned as a final eliminator.

"Why is Wilder fighting Dominic Breazeale this weekend? Breazeale shouldn’t be mandatory as he’s done absolutely nothing to deserve that status and done even less for the WBC. He’s had one WBC fight his whole career. I’ve had ten. Yet they make him mandatory for fighting a fake 'one way' eliminator that magically became a final eliminator six months after the fight took place after assuring everyone at the time that it had been mistakenly billed on their website as a final eliminator," Whyte told Talk Sport.

"How can you then put number six ranked Breazeale in a final eliminator when I was number one, available and had been trying to fight him for ages? How can you pass me over for an ineligible opponent who you parachute into the rankings in a fight that was so rubbish that it wasn’t even televised? It’s a joke.

"The biggest joke of all though is that his opponent Eric Molina was officially banned at the time by WADA from taking part in any sport worldwide for failing a drugs test against Anthony Joshua. The contest should never have taken place and the result should certainly be null and void. Why was this fight ever allowed to take place?"

All you dossers supporting Wilder and the wbc are all dossers and taking the piss!!! Whyte fought the best out there beat top HW fighters,who did Breazeale and fight again to become mandos??? It is irrelevant if you shills keep…

[QUOTE=WBC WBA IBF;19749160]Which is why it wasn't a final eliminator for Molina, only for Breazeale. Not Breazeale's fault that 1-11 turned down the fight. You're lying. Every public statement from the WBC was that it was a final eliminator, including…

[QUOTE=champion4ever;19749492]All the sanctioning bodies' have ever asked of Dillian Whyte was for him to do what he was told by challenging for the Final eliminators but yet to this day he still refuses to do so. So what was so…

Whyte makes some very valid points, however didn't he have a chance to fight Ortiz in an eliminator? Or was that a mistake too?