Dejan Zlaticanin is back on the path towards fighting for a world title belt.

Zlaticanin returns to action tonight when he faces Mexico's Roberto Ramirez in a 10 round bout at the Melrose Ballroom in the New York City suburb of Astoria.

Zlaticanin (23-1, 16 knockouts) last fought on Dec. 14, knocking out Colombia's Hevinson Herrera in the opening round in New York City. It was his first fight since suffering from his only knockout loss at the hands of Mikey Garcia, who won Zlaticanin's WBC title. 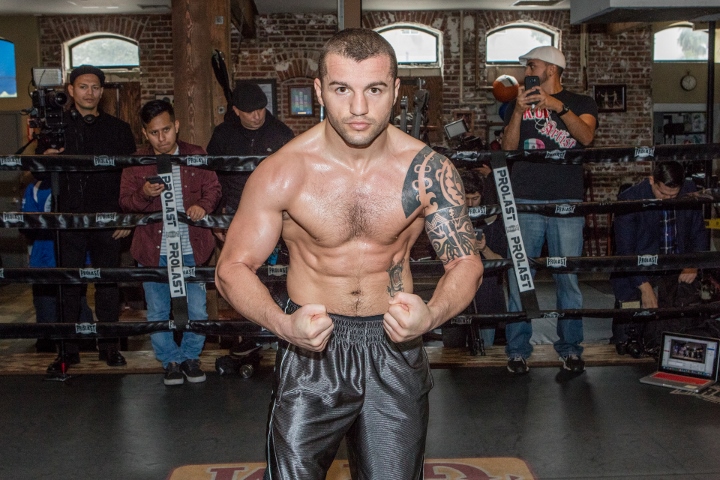 According to promoter Lou DiBella, there is no shame to losing to one of the best overall fighters in boxing today.

"Dejan losing to Mikey should have no baring as to his status as a contender at 135 pounds," DiBella told Boxingscene.com Thursday morning. "Mikey Garcia is a talented fighter."

As far as Zlaticanin looking to fight and compete against the best in the lightweight division, DiBella is confident his fan-friendly style will warrant high-profile fights later this year.

"Dejan is a fighter with an exciting style. He's strong, hits hard, and comes forward. We'll see what options are there after this fight, but I believe he is one of the top lightweights in the world. He has the ability to fight and beat many of the top fighters in the division."

"Mikey is an exceptional talent. Dejan got caught and has moved on from the fight."

Zlaticanin, who is originally from Podgorica, Montenegro, is currently ranked number nine by the WBC.

Ramirez (17-2-1, 12 KOs) has fought a majority of his bouts in and around his hometown of Tijuana, Mexico. Ramirez's two losses came against Carlos Ocampo and Abel Ramos.

Ramirez is unbeaten in his last five bouts.

In the main event of the DiBella Entertainment card, Mikkel LesPierre (19-0-1, 8 KOs) will square off against Gustavo David Vittori (20-3-1, 11 KOs) in a 10 round welterweight bout.

Mikey’s coming back to own the division. Sure he wouldn’t mind putting him to sleep again for a payday

"I believe he is one of the top lightweights in the world. He has the ability to fight and beat many of the top fighters in the division." - LMAO just got KO'd by a dude not even ranked top…

Dejan is still living? That's what's up! Good luck to the young man!