The contest will act as a chief support to Dmitry Bivol’s WBA world light heavyweight title defence against the battle hardened Joe Smith Jr.
DiBella opened up about the chances of his charge LesPierre.

He said, “This is a great opportunity for Mikkel. He’s been working a 9-5 job at Mount Sinai hospital and balancing a full time boxing career around it. He’s really deserving of this opportunity.

“Mikkel has all the tools to win this fight. He’s an excellent fighter who’s well known within New York boxing circles. This is going to be a great fight and it will be Maurice Hooker’s biggest test to date.” 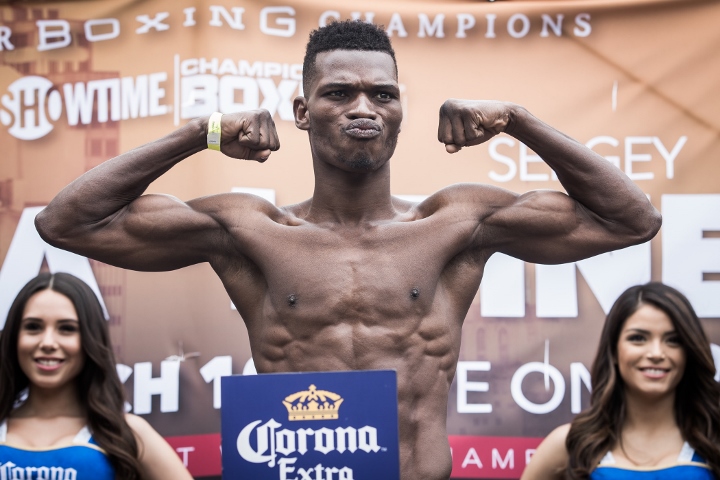 Another one of DiBella’s charges is Richard Commey, who challenges Isa Chaniev for the IBF world lightweight title on February 2.

DiBella weighed in on what the present and future holds for Commey, “I fully expect Richard Commey to come through his fight with Isa Chaniev and look good in doing it.

DiBella continued, “Commey is a fantastic fighter, who will really look to show off he is right at the top of the lightweight division.

“We are not looking past the job on February 2, but when Richard becomes IBF World Champion, we want Lomachenko next. Richard will cause Lomachenko problems he has never seen before and I’m backing my man to cause an upset.”

Amanda Serreno won a world title in a seventh different weight class on the Matchroom Boxing USA promoted show, and DiBella gave his take on what was next for the Brooklyn based women’s boxing icon.

“I would love to see Amanda square off against Katie Taylor. They are two of the biggest names in the sport of women’s boxing, so I would love that fight to happen in the future.”

Commey never been dropped EVER

I think Commey saw what we all saw. He may have Linares skill level, some others with bigger punch. I think Easter might be a good match for Loma

Commey doesn't have the hand speed, power or skills to beat Lomachenko

[QUOTE=SniXSniPe;19453819]I was under the impression they were thinking about Berchelt vs Lomachenko after Crolla? I think I would rather see that fight instead, although Commey would be a decent one as well.[/QUOTE] Me too loma-berchelt and Easter-Garcia rematch.

[QUOTE=jackblack008;19453725]Loma needs to fight Mikey after he becomes a damaged good in March and then gervonta davis. 2020 he can defeat Progaris and Josh taylor and then retire s p4p[/QUOTE] ThAtd be cool, but Mikey went for spence instead, and…