Devon Alexander Returns on May 25, Now Trained By Roy Jones

Devon Alexander’s 2019 debut will come with something he’s never before experienced in his boxing career—a trainer other than Kevin Cunningham working his corner.

The former two-division champion informed BoxingScene.com of his planned ring return, which is set for May 25. Neither an opponent nor location has yet been determined, but his bout will serve as part of a planned PBC of FS1 show penciled in for that evening.

What has been confirmed is that Alexander (27-5-1, 14KOs) will be working with former four-division world champion Roy Jones Jr. as his new head trainer, moving forward. The declaration comes after having trained with Cunningham ever since his early amateur days in St. Louis, Miss.

“I made the change because I just felt like it was time for me to try something different,” Alexander told BoxingScene.com. “[W]hen I talked to Roy Jones Jr., a future Hall of Famer and living legend, he said he can help with my comeback.

“I didn’t want to pass up the opportunity to see what we could do together.” 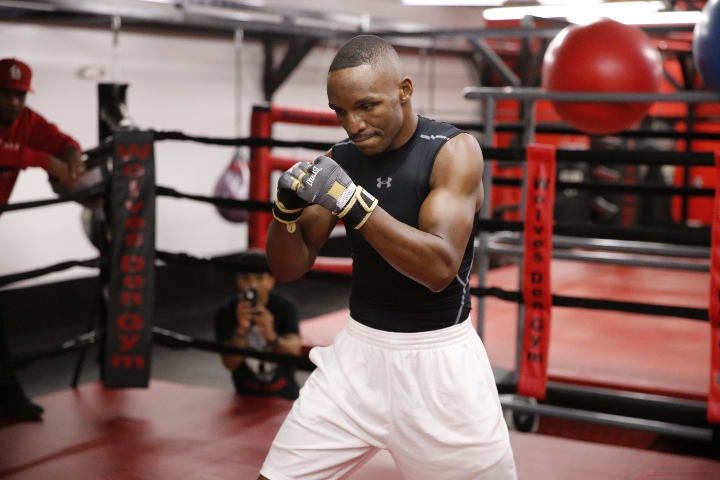 The 32-year-old southpaw will begin his training camp in Jones’ hometown of Pensacola, Florida and will finish up in the high altitude of Big Bear, California leading into his Memorial Day weekend ring return.

Alexander has not fought since a unanimous decision loss to Andre Berto last August, which aired live in primetime on Fox as did his prior fight, a 12-round draw with another former titlist welterweight titlist Victor Ortiz.

Both bouts came shortly after his Nov. ’17 comeback following a two-year absence, having soundly outpointed Walter Castillo in the main event of a PBC on FS1 telecast. Alexander—who has won titles at super lightweight and welterweight—will continue to campaign in the welterweight division.

[QUOTE=joe strong;19576192]Hard to believe Alexander is only 32. It seems like he has been around a long time...[/QUOTE] That's because he's fought damn near everybody, lol. I had to check his age again myself. A young vet, indeed! Had he…

[QUOTE=AL YANKAB*TCH;19575984]Roy: Hit this guy with seven left hooks, then jump back with your hands down while dancing like a fighting rooster! [/QUOTE] [B][SIZE="5"]BWaHaahaHA![/SIZE][/B]