Ever wonder how many times someone has assumed middleweight prospect Derrick Colemon Jr. was the son of another pro athlete from Detroit, former NBA star Derrick Coleman?

That must be annoying.

If Colemon has his way, people will soon start asking “DC” if he’s related to a fighter many believe has world championship potential. And the way the 20-year-old sees it, the road to reaching that potential truly begins on February 14 when he puts his 11-0 record on the line in a ShoBox televised bout against 15-0 Joseph Jackson.

Fighting on Valentine’s Day? Is that an issue?

“Nah, it’s business,” said Colemon, who has a good excuse to get out of buying chocolate and flowers this time around.

“We’re gonna have a hundred Valentine Days, not a hundred fights.”

But all joking aside, this is a big fight for the unbeaten up and comer.

“That’s exactly how I look at it,” he said. “It’s the fight that’s gonna change my whole life and put me where I need to be in boxing; the one that’s gonna get me recognized in my division.” 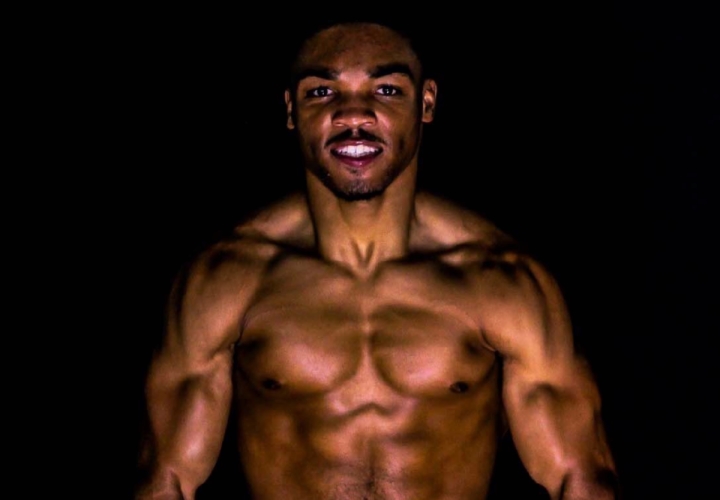 A life-changing fight? That’s a lot of pressure to put on one eight-round segment of your life, isn’t it?

“Yeah it is, but you gotta start somewhere,” said Colemon. “And I like this because a lot of great champions started off on ShoBox, so it’s an opportunity.”

It is, and it’s one that’s due for a fighter with a solid amateur career but has yet to face opposition commensurate with his talent. But if Colemon is concerned before facing a foe sharing an undefeated record with him, he’s not showing it.

It’s fitting that Colemon is fighting in Philadelphia, as few fighters have reputations quite like those from Philly and the Motor City. But for the uninitiated, what should fans expect from a Detroit fighter?

“Detroit fighters are rough, rugged,” Colemon said. “Everybody got a chip on their shoulder, everybody comes to a boxing gym to escape something, so every day you fight, and when you’re sparring somebody, you’re not sparring just them; you’re sparring the problems that they’re bringing from home, maybe you’re sparring the hurt they got from living in Detroit, and you’re sparring more than a fighter. You’re sparring a lot of pain. And when they come to the gym, they’re trying to hurt you.”

That will make a fighter grow up fast, and Colemon has seen a lot more in the gym than he has in the pro ring. It’s built his character and his toughness, and that’s something that will serve him well as the level of competition rises.

So what’s his reason?

Oh yeah, Mr. Colemon wants to be great, too. And it all starts in a little over a week.

“I feel like if I wasn’t chasing greatness, then I’d be in the wrong sport,” he said. “I think about that every day, and every time that thought goes through my mind, it gives me chills. I just know that after this night comes, people will be looking at me in that way, and every time I think about getting my hand raised, I get chills because I know it’s coming and I feel it.”

[QUOTE=hitmanjosh;20371284]No relationship to the basketball player and his name is what it is MF, can you read? Maybe so it’s your comprehension that’s the problem![/QUOTE] Let this be a lesson to all forum members to not post while hangry. I’m…

[QUOTE=Bundt;20370101]His last name should be Coleman, not Colemon. Anyways, he'll be alright until he faces some adversity. He'll fold up like most rich kids. He doesn't know what it's like to struggle.[/QUOTE] Rich kids?!?!! This cat is from Detroit. He…

Nice. Glad to see Derrick is getting some more eyes on him. This cat is one of the best prospects in Michigan right now. Should be a nice fight.

Let me tell you about the old man. Derrick Coleman was an "enforcer" type player. That guy on the team that puts a hard foul on you, if try to drive into the paint to score. There was always someone…

No relationship to the basketball player and his name is what it is MF, can you read? Maybe so it’s your comprehension that’s the problem!