Derek Chisora To Return in March or April, Says Hearn

Eddie Hearn, promoter for heavyweight contender Derek Chisora, is already working to get his boxer back in the ring in the first quarter of 2021.

The 36-year-old Chisora, who was a big underdog coming in, performed much better than anyone had expected.

It marked the 10th defeat of Chisora's career - but the likable fighter has no desire to walk away from the ring in near future.

He even tried to step-in for Alexander Povetkin, when the Russian boxer tested positive for COVID-19 and was forced to withdraw from his November 21 rematch with Dillian Whyte. 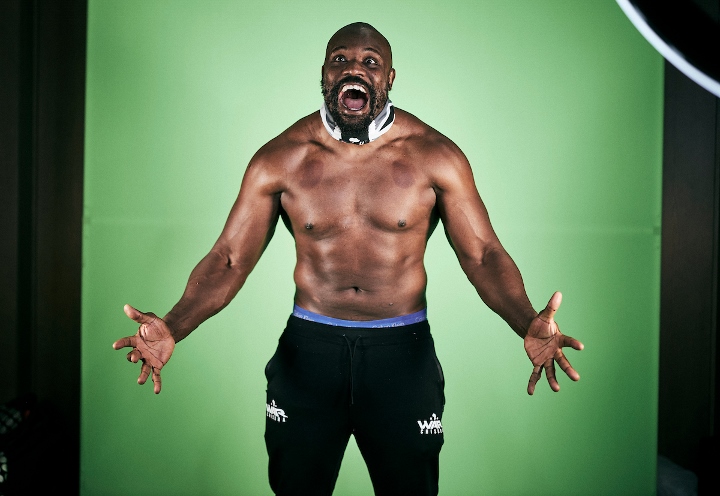 Hearn expects Chisora to see action on a date in March or April.

"He loves challenging himself, he loves being part of these big nights, and he's always in great fights. The search goes on for the new Derek Chisora opponent and I think you will see him in March or April time."

Chisora lost a controversial twelve round decision in his initial clash with Whyte in 2016 - and he was up on the cards when Whyte knocked him out in the twelfth and final round of their 2018 rematch.

Whyte is still heading to a rematch with Povetkin, possibly on January 30.

"There are some amazing options out there," Haye told Sky Sports last month.

"Dillian Whyte III? Who would not want to see that? I can tell you for a fact - I was in both training camps for [the rematch with Whyte and then Usyk] and what Chisora did in training was significantly improved."

[QUOTE=JakeTheBoxer;20925079]He is always game and making a good money still. People make jokes how many losses he has, but he is smart guy.[/QUOTE] Absolutely! Zab Judah did that & so did Malinaggi. People also complained about them getting chance after…

[QUOTE=joe strong;20924290]Always enjoy watching Chisora. At this stage I expect him to keep fight good opposition. I want to see him fight Hughie Fury.[/QUOTE] He is always game and making a good money still. People make jokes how many losses…

Always enjoy watching Chisora. At this stage I expect him to keep fight good opposition. I want to see him fight Hughie Fury.

[QUOTE=robbyheartbaby;20924085]10 losses big deal, bar the odd bad performance here and there he has lost to elite heavyweights only, he is still testing the best and only 36 i hope to see a lot more of him.[/QUOTE] 36 is quite…