Deontay Wilder: I Would Knock Ruiz's Ass Out, Just Like The Rest

Deontay Wilder respects Andy Ruiz Jr. for producing one of the biggest upsets in boxing history three months ago.

If Ruiz defeats Joshua again in their immediate rematch, Wilder would want to face Ruiz late in 2020 to determine complete supremacy within the heavyweight division. That’d also require Wilder to win challenging, back-to-back rematches against Luis Ortiz and Tyson Fury.

But if Ruiz and Wilder continue winning and find their way to a full title unification fight, Wilder is convinced he would defeat Ruiz the same way he has won all but two of his 42 professional fights.

“It’ll be a good fight in the beginning, until we feel each other out,” Wilder told BoxingScene.com. “And once I feel him out, sh*t, he’s gonna go down just like the rest of them. I’m gonna knock his ass out – point blank, period. I don’t know no other way to put it. And I don’t expect nobody else to expect me to have a different answer than what I said. If we fight, I’ll knock Ruiz out as well.” 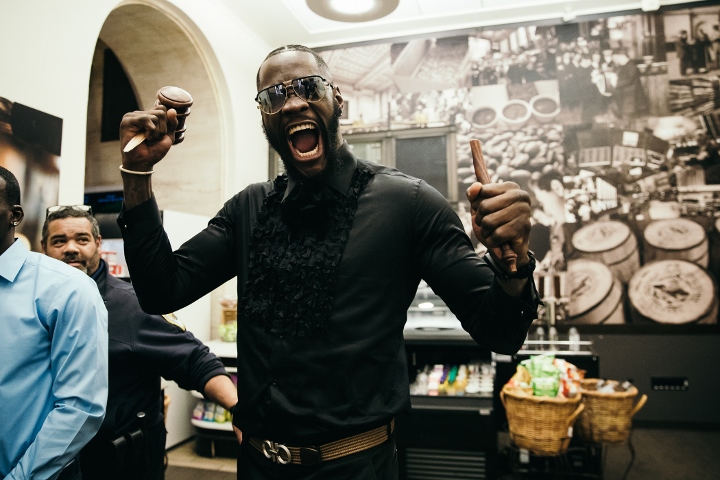 Ruiz, 29, has displayed a tremendous chin throughout his 10-year pro career. Joshua became the first fighter to knock him down during the third round of their fight June 1 at Madison Square Garden, but Ruiz quickly got to his feet, took the fight to Joshua, dropped him four times and stopped the previously unbeaten Brit in the seventh round.

“Within nine months, I’ll have the opportunity to be the unified, undisputed, undefeated heavyweight champion of the world,” Wilder said. “If things go as planned, no matter what, we’ll have that opportunity. Forget mandatories and all that. The rules is – from what I’ve always read and what I’ve always heard – that unification overrules mandatories. That’s what the fans want. That’s what the people wanna see. Whoever’s involved should give us that. Forget these mandatories. Put that aside. When I win, bring ‘em on. You can bring ‘em on the next month. I’ll get right back in camp to finish a mandatory. That’s nothing, to demolish him and finish him.

“But this unification is very important for the heavyweight division. We’re closer than ever before to having it, and I just want them to have everybody put they feelings to the side and let’s have this unification bout. It’d be amazing for the heavyweight division because we’ll know who’s the ultimate champion. Not all these different names. One champion, one face, one name, and he go by the name of Deontay Wilder.”

Yeah I think wilder would knock ruiz out, and I'm a ruiz fan. Only one way to find out, make the fight.

Wilder got a gift. You guys should move on. Is that too hard to do?

[QUOTE=JcLazyX210;20063000]Maverick Taylor. Once again you didn’t prove your point.[/QUOTE] Taylor couldn't answer Steel and the ropes were holding him up ,he was unable to stand on his own . Defending Wilder is just not winnable in your argument on this…

[QUOTE=Floydushka;20048486]Wilder was stunned by Fury a couple of times. Ruiz seems to hit harder. So, he has a chance to dethrone Wilder.[/QUOTE] You still have to take into account Fury is about 9 inches taller with 85 inch reach that…