According to WBC heavyweight champion Deontay Wilder, he still intends to follow the same career plan.

He is scheduled to face Luis Ortiz in a rematch on November 23rd at the MGM Grand in Las Vegas. He previously stopped Ortiz in ten rounds back in March of 2018.

Wilder will then move forward with a rematch against Tyson Fury, on a planned date in February. They fought to a controversial twelve round split draw in December 2018. 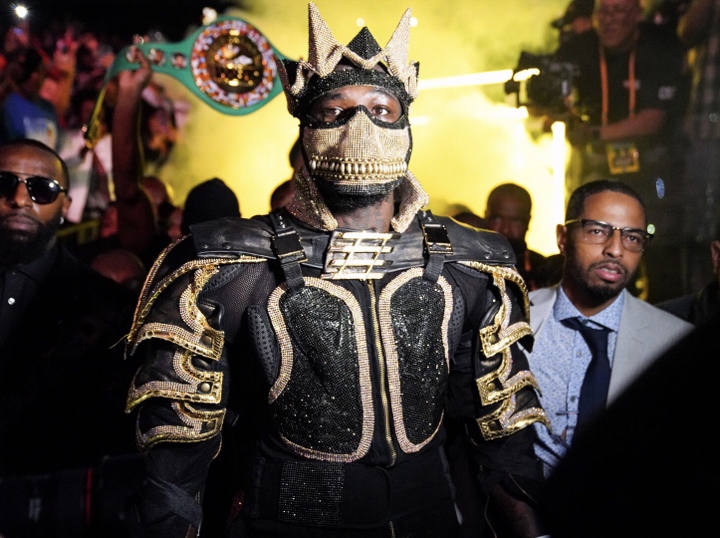 Should he win both of those fights, he then wants a unification bout with the winner of December's rematch between Andy Ruiz and Anthony Joshua, who collide for the IBF, IBO, WBA, WBO world titles in Saudi Arabia.

While some have doubted that a rematch with Fury will come off, Wilder says the second fight is a given.

"Yes, most definitely. I'm ready to go. Another rematch. Look at the route I'm taking. What more do I have to prove? Who else has taken the route that I am taking? I didn't have to fight [Fury] again. I'm not obliged to fight him. I'm the champion - I do what I want to do," Wilder told Sky Sports.

"I have bet on myself. I move how I want to move. I run my operation. It will go Ortiz, then Fury, then a unification - one champion, one face, one name. How amazing would that be? Back to back to back, obtaining glory."

After winning a bronze medal in the Olympic Games, Wilder explains that he slowly worked himself up to his current position.

"It is amazing to be in the heavyweight division with so much excitement because, when I was coming up, there wasn't so much. We were in pursuit of getting to this point so it is an overwhelming feeling," Wilder said.

"You're not looking at an Olympic sensation that popped up out of nowhere. After I medalled for my country I went back to club shows, I had to work my way back up. I appreciate the journey, it allowed me to become who I am."

[QUOTE=Andrij;20111888]Usyk wants Wilder and maybe there will be a Unification Usyk vs. Wilder in late 2020.[/QUOTE] I like Usyk a lot, but he has to work up to the top. There are a lot of guys for him to fght…

[QUOTE=lion33lit;20114008]You mean the ambush request for a fight that caught Ortiz totally off guard? Cornball Josh had opportunities for Ortiz & Wilder waaay before the ambush offer to fight, he could have offered Ortiz a FULL CAMP like Wilder has…

[QUOTE=Laligalaliga;20113038]The old man ran under the rock when $7mil was on the table for grab. This would have been his retirement money but he Rana scared and hide under promoters and advisers.[/QUOTE] You mean the ambush request for a fight…

[QUOTE=champion4ever;20113257]Ask him! He should know better than anyone. [B][I]Perhaps, it's just as the original A sample has revealed. That he has indeed popped dirty for doping.[/I][/B][/QUOTE] If the B sample result is the same as the A sample, then we…