Deontay Wilder is Eliminating All of The 'Snakes' From His Camp

Former heavyweight world champion Deontay Wilder is eliminating every person that he views as a "snake" from his camp.

Wilder suffered the first defeat of his pro career back in February, when he went down twice and was stopped in the seventh round by Tyson Fury at the MGM Grand in Las Vegas. 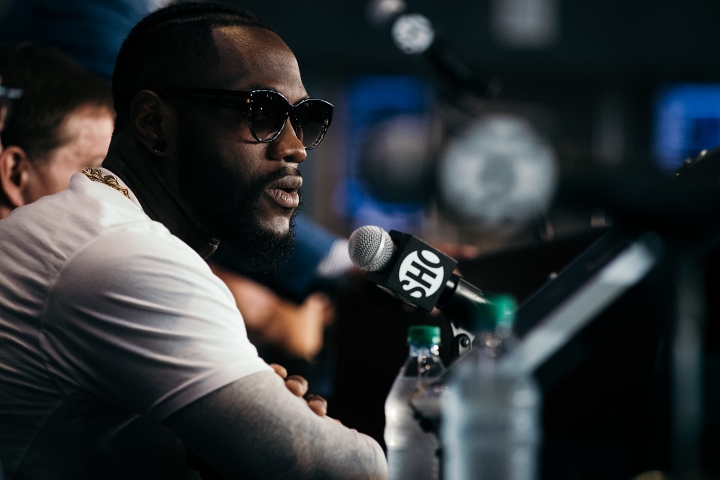 After suffering that defeat, Wilder explained that he finally saw the true colors of certain members of his team.

Like any fighter in Wilder's position, he has a large entourage - but number of people in that entourage will continue to decrease.

"I'm getting rid of all the snakes in the grass. This time has allowed me to dig in the weeds and see what was going on," Wilder told The PBC Podcast.

"You can have a lot of great people around you but you can't control the jealously of people. You think people are happy with you but everyone wants what you have but they don't want to sacrifice as much as you. People are envious of the things they can't have and I had to weed out and change certain things."

Also since the loss, Wilder has had numerous individual reach out, with the intention of joining his team. Wilder is contracted to face Fury for a third time, and that contest is targeted to take place before the end of the year.

"We've had a lot of people reach out but you have to be careful because some people just want publicity," Wilder said.

"Boxing is a business like no other, you've got to be able to trust people and that's the hard part. I am looking to bring someone in, we don't have it down yet but I've got two people I'm bringing in. One of them always comes to camp on some basis anyway and we've got a great team that will be formed when everything gets back to normal."

[QUOTE=jbpanama;20543784]Folks thought that way about Hitler... No one knew Him in 1947...[/QUOTE] Comparing politicians to Hitler is the lowest form of argument.

[QUOTE=Real King Kong;20545956]Snakes in the grass=people who tell him things he doesn’t want to hear.[/QUOTE] Lol. That was a funny comment. Lmao

Snakes in the grass=people who tell him things he doesn’t want to hear.

[QUOTE=Redgloveman;20543088]Anyone with an ounce of sense could see that Wilder and his team wanted NO part of a fight with Joshua. He talked a good game whenever Joshua was unavailable, but seemed to go missing whenever it was time to…