Highly touted prospect Dennis “The Menace” McCann (5-0, 4 KOs) showed his finishing instinct once again to stop Stefan Slachev (10-37-2, 4 KOs) in round two of their six round super bantamweight contest at the Birmingham Arena.

McCann, just 18-years-old, sized up the experienced Bulgarian in round one with a pawing jab at distance waiting for the right opportunity. Occasional over eagerness allowed Slachev some brief success of his own. 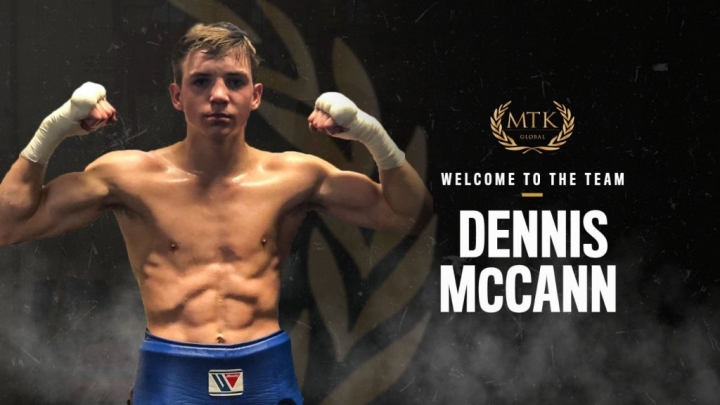 Compared to Prince Naseem Hamed by his promoter Frank Warren, McCann - with an extra wide stance - began to throw feints in round two looking to lure Slachev into a mistake and the second half of the round would prove just that. A step back allowed the British bantamweight to to throw short right hand which wobbled his 27-year-old foe.

The teenager didn’t need a second invitation as he went full throttle and caught Slachev in the corner with nearly twenty unanswered shots which was enough for referee Howard Foster to stop the fight after 1.47 of the second round.

McCann has a bright future and being so young allows him to have a longer in-ring education than most prospects. McCann is definitely one to keep an eye on in 2020.

Good lord this is a boring card