Brook returned to the ring back in February 8 in Sheffield, when he demolished overmatched Mark DeLuca. It was Brook's first bout after 14 months of inactivity.

The Sheffield fighter's trainer, Dominic Ingle, had named Hogan as one of the possible opponents to test where Brook's level is at, before going forward with a world title fight. 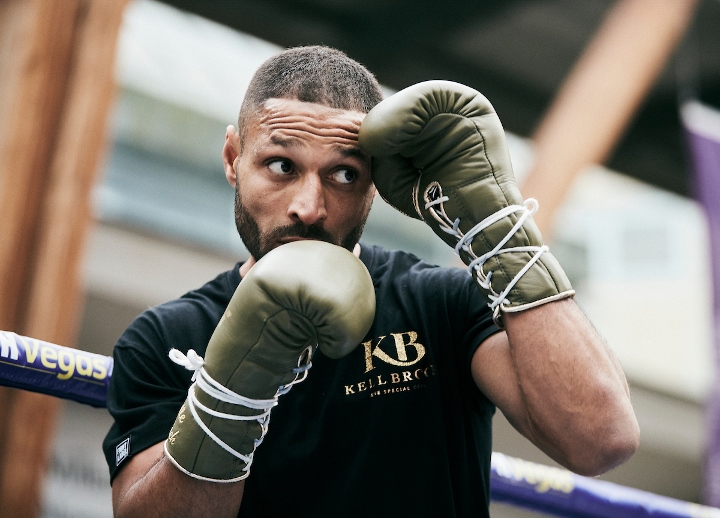 Hogan has returned to the junior middleweight division, where he hopes to bounce back after a brief jump in weight to challenge WBC middleweight champ Jermall Charlo last December.

Hogan was too small for the weight and was ultimately stopped by the bigger and stronger man.

But against Brook, Keegan feels very confident in his boxer's ability to come away with the win.

“Our stance is simple, Dennis is the best light middleweight in the world,” Keegan told Irish-boxing.com.

“He proved that by not just beating [Jaime] Munguia but schooling him in his own backyard. So I believe Dennis beats any light middleweight out there and honestly if I didn’t believe that I wouldn’t say it.

Keegan explains that Brook looked very ordinary and struggled when matched with a durable fight like Michael Zerafa.

“Brook went twelve rounds with Michael Zerafa and looked very ordinary. Dennis beats Michael Zerafa every day of the week so that might tell you where Brook is at in my opinion," Keegan said.

Since when did Hogan fight Michael Zerafa? That could be a good fight but Hogan does not have the punches to worry any real top end boxers or even Brook. Hogan's just looking to top up his retirement fund before…

Hogan gets smashed in this one, brook made golokin look silly at times, I don't know how Hogan got this far, he is very limited......so after charlo they pick another slick puncher, kell brook wins in under 8 rounds by…

This is actually an evenly matched fight. Kell Brook should take it.

"you fight Dennis if you want a last swansong" Dear lord, did he seriously say this....