Denis Shafikov Held To Majority Draw By Gadzhialiev in Stunner

Gadzhialiev was catching Shafikov early on with spot-on counter left hooks and uppercuts, showing solid timing and uncanny ability. The veteran fighter, who turns 34 in June, caught his second wind in the mid rounds, pressing forward and working his opponent's body but Gadzhialiev came back extra solid in the closing rounds, arguably clinching them.

The final scores announced were: 94-97, 95-95, 96-96 - with no winner being announced (including a single uneven card), making it a majority draw. The asterisk, however, is due for this fight being a quarterfinal of the national boxing cup in this weight class.

As only one fighter could advance further, a winner was announced based on who had claimed the final round... And it was Gadzhialiev. The final outcome and its effect on the boxers' records will be reported later. 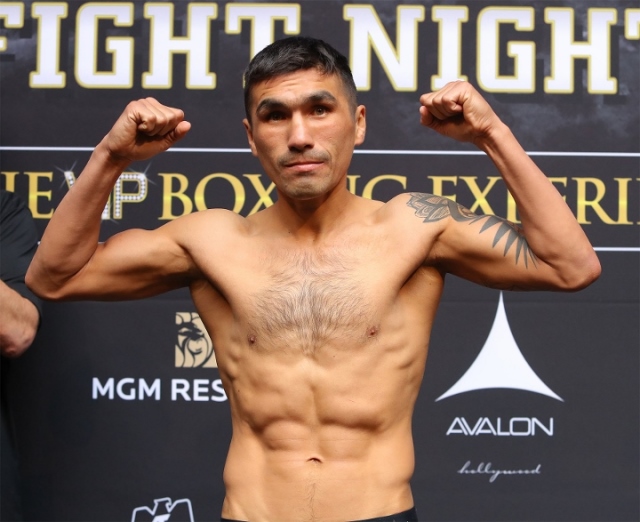 Sharonov, despite being shorter and smaller of the two, was more aggressive, while Khapachev was more sophisticated despite wearing a bigger frame.

Khapachev was solid in the mid rounds, but Sharonov surged in later rounds to capture them albeit narrowly. Scores were: 77-75, 77-76, and 76-76 - in favour of Sharonov.

Both fighters gave their all in a thrilling scrap, more subtle and trickier Adleiba being slightly superior in a majority of them. Adleiba, 20, is now 6-0, with 3 KOs, showing glimpses of more than a local promise.

[QUOTE=Slowhand;19501081]Looks like Shafikov´s bad luck didn´t stop there, after Easter a SD loss to Alvarado, boxrec:"Shafikov given eight count in fifth round although TV replays showed he tripped over Alvarado's foot."[/QUOTE] Yeah. I missed that fight but I did notice…

[QUOTE=Koba-Grozny;19499634]Damn, man. Denis just ain't been the same since the back to back wars with Commey and Easter (either of which could have been a draw for my money despite the almost criminally bad scoring of the Easter fight). Shafikov…

Gadzhialiev is a very good fighter in his own right. The result doesn't surprise me. In fact I thought Gadzhialiev was gonna pull it off and beat Shafikov.

He is too short to be a lightweight. He constantly gives up height and reach. His energy level was a saving grace, but it's not a gift, like a big punch. He needs his A game to get a draw,…

Idk if its THAT bad. This cat looks like a low key bad mfer. Olympian. 11-3 in the WSB. 360-10 alleged amateur record. Took a close L in his last fight to a cat with more pro experience.