Demise of Kovalev Makes Canelo vs. Ward a 175 Necessity

Following a pristine run in which he fought 32 times against 31 men and never left a ring without a raised hand, Andre Ward walked off into the sunset as the world’s best fighter.

Until the weekend, it was probably a pretty uncomplicated retirement, too.

The light heavyweight division he’d risen to and conquered was in competitive pieces, featuring a fading former two-time rival in Sergey Kovalev and a handful of other eastern Europeans with undeniable prowess – but little name recognition and earning potential beyond the hardcore fan set.

So while he may have missed the limelight, there was no intoxicating allure for Ward to return.

But that all changed late Saturday night.

At precisely the moment Kovalev slumped to his knees after absorbing a left-right that’ll rattle his grandkids, the man known as “S.O.G.” finally got the foil his stature always deserved.

And with it, the sort of payday opportunity that’ll finance his grandkids.

Ladies and gentlemen, I give you Canelo v Ward.

Think it’s far-fetched… think again, according to at least one insider.

“Always a chance,” said Jim Lampley, who shared an HBO broadcasting position with Ward in the premium cable giant’s final chapters as a boxing storyteller.

“Who, ever, stayed retired at (his) age and without having made Canelo-type money? Didn’t even make Triple-G money. Odds favor him seeking to come back for that.”

Indeed, Ward, who turned 35 last February, maxed out in terms of competition across two weight classes, but never cashed the sorts of checks that matched his resume. 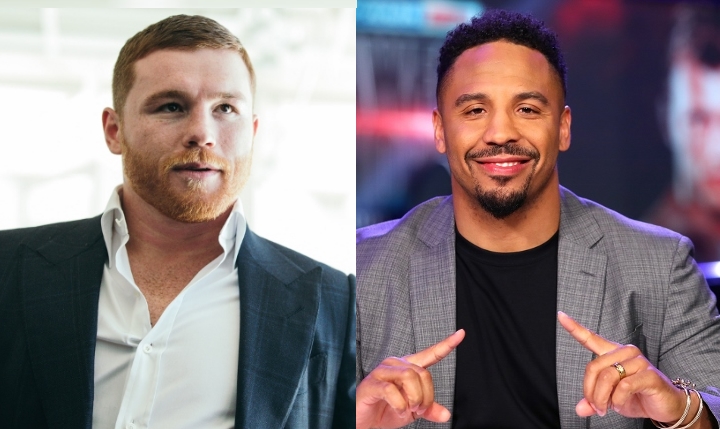 Still, it wasn’t until his own rise to 175 and dual beatings of Kovalev that Ward earned anything approaching respectable pound-for-pound money -- $5 million for the first, $6.5 million for the rematch.

With no similar payouts looming, he exited, claiming his “desire to fight (was) no longer there.”

Now that Alvarez has made $35 million for beating Kovalev, don’t be surprised if his itch returns.

“No booze. Stays in shape. Knee has had time to recover,” Lampley said. “Style matchup totally favors him. Shocked if he doesn’t at least bring it up.”

Though he’s six years older than his Mexican counterpart, Ward has had 24 fewer pro fights – 238 rounds to Canelo’s 402 – and would climb through the ropes with a pronounced four-inch height advantage (6 feet to 5-foot-8) and a narrower edge in reach (71 inches to 70 ½).

They have a combined 23-1-1 record in title fights, and 13 WBA/WBC/WBO/IBF belts between them.

Kovalev – who’s 0-3 with two stoppage losses against the pair – is the only common opponent.

To Lampley, it’s a winnable fight that can put Ward on a level he never reached.

“Only such vehicle now available,” he said. “Worst kind of opponent or Canelo. Not an aggressor. (Against Kovalev) it was always just a matter of time. Andre Ward? Have to go find him. And once you do, then what do you do? I would favor Andre.”

WBO super middleweight title – Los Angeles, California
Billy Joe Saunders (champion/No. 13 IWBR) vs. Marcelo Coceres (No. 10 WBO/Unranked IWBR)
Saunders (28-0, 13 KO): First title defense; First fight in the United States
Coceres (28-0-1, 15 KO): First title fight; First fight outside of Argentina
Fitzbitz says: Saunders may or may not be the force at 168 pounds that he was at 160, but he’ll get the reign off to a successful start with an Argentine fighter who doesn’t belong. Saunders in 10 (99/1)

[QUOTE=j.razor;20177750]Maybe 1 or 2 but that's it. The rest were clean, especially the one to kovalev's jaw.[/QUOTE] did he even knock Kovalev down with that shot? no. the nut shots were the ones that he forced with stoppage with. they…

[QUOTE=HeadShots;20176585]with illegal nutshots[/QUOTE] Maybe 1 or 2 but that's it. The rest were clean, especially the one to kovalev's jaw.

[QUOTE=j.razor;20175196]Cut it out, you know damn well he has just like he beat up kovalev.[/QUOTE] with illegal nutshots

[QUOTE=j.razor;20175203]Originally Posted by Robertthebruce You talk about Canelo haters but then why you hating on Ward and his wins over Kovalev? Is it to make Canelos seem better when he actually fought a broken old man? You don't like haters…