Saturday was a stay-busy fight for Kriel. He had not fought since rallying from an early deficit against Carlos Licona, dropping him three times in round 12 en route to a knockout victory on Feb. 16 in Los Angeles. Kriel won the IBF title with the victory.

The 24-year-old Kriel vacated the title as he decided to move up in weight to 108 pounds. 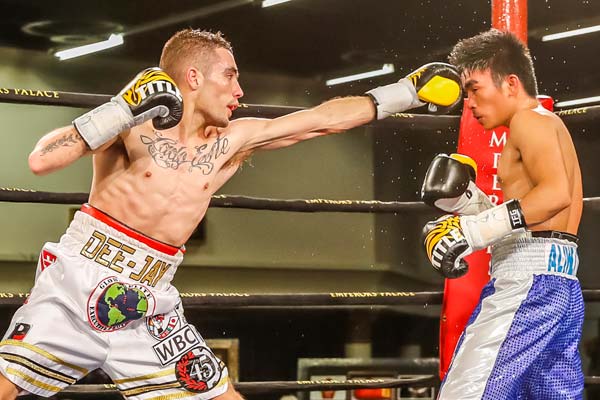 Against Alatorre, Kriel closed the distance between the two from the opening bell, battering him until Alatorre went down to the canvas from a barrage of punched midway through the opening bell.

Alatorre did beat the count and attempted to fight back, but Kriel’s landed a devastating left hook to the body that immediately sent Alatorre down to the canvas. He remained there as he was counted out at 1:55.

Kriel, who resides in Boksburg, South Africa and now trains in Las Vegas, has not lost since his pro debut in April of 2014. He has won his last seven bouts.

Francisco A. Salazar has written for BoxingScene since September of 2012 and has covered boxing in Southern California and abroad since 2000. Francisco also covers boxing for the Ventura County (California) Star newspaper. He can be reached by email at [email protected] or on Twitter at FSalazarBoxing