Nobody has to remind Francisco de Vaca of the longshot odds he faces ahead of his upcoming title bid versus Emanuel Navarrete.

The unbeaten-but-untested 24 year old from Phoenix (Az.) by way of Mexico takes a considerable leap in opposition level ahead of this weekend’s ESPN-televised headliner, as he enters his first career title fight. 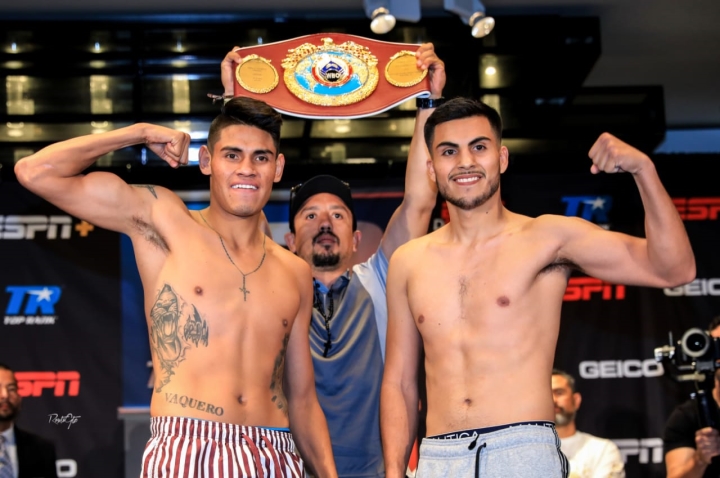 The 122-pound title fight serves as the headlining act at USC’s Banc of California Stadium, which marks his first televised main event. It comes against one of the hottest commodities in the 122-pound division. Navarrete (27-1, 23KOs) has scored 22 straight wins, including back-to-back triumphs over former titlist Isaac Dogboe.

On the opposite end of the spectrum is de Vaca’s relatively anonymous run towards contention. The closest he boasts to a recognizable win is a 6th round stoppage over former title challenger Christian Esquivel last February.

Still, crazier dreams have come true in this, the year of the upset.

“I’m ready,” de Vaca insists. “I’ve wanted to fight for a world title since I was five years old. We kept getting hints about the fight, but I wanted to wait until it was official.

The oddsmakers seem to disagree, as Navarrete has been installed as a 35-1 favorite to make the second successful defense of his super bantamweight title. A $100 wager will earn you back $1200 on the first-time challenger, who only asks that viewers keep an open mind before dismissing his chances.