De La Hoya Not Ruling Out Canelo vs. Golovkin Trilogy

When they fought in September 2017, the contest ended in a controversial twelve round split draw. 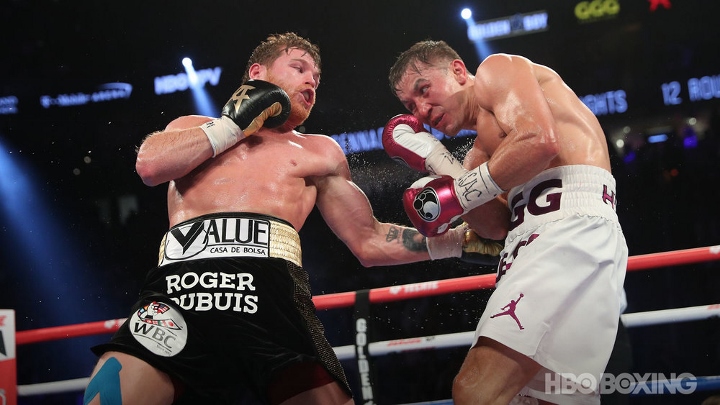 De La Hoya has arrived at the WBC's annual convention in Kiev, to represent the interests of his fighters.

Canelo is mulling the idea of making a defense on December 15th, and the WBC has approved his request to make a voluntary.

The WBC also ordered a final eliminator between Golovkin and Jermall Charlo.

But De La Hoya says a Golovkin trilogy in May of 2019 will not be overlooked.

"We're going to look at that now (the possibility of the trilogy between Canelo and Golovkin). (Golovkin promoter Tom) Loeffler, (WBC President) Mauricio (Sulaiman) are here, I just arrived.... we have to sit down and talk about what Saul's plans are," De La Hoya told ESPN Deportes.

"We are going to do what is right for boxing and Canelo, the rest does not matter. The most important thing is that people see the best fights."

The fight in December would take place in Las Vegas or Madison Square Garden in New York City. There are several possible names being kicked around to face him, with WBA mandatory challenger David Lemieux the reported frontrunner. Lemieux, like Canelo, is promoted by Golden Boy.

"We've been talking (with Canelo about December 15), but there are no firm plans yet, that's why I'm here. I came here to the convention and we'll see what will happen. We do not have an opponent, but there are many options," De La Hoya said.

Setting up the duck already. Charlo beats both these clowns.