The second fight is scheduled for September 15th at the T-Mobile Arena in Las Vegas.

They collided in September 2017, with the contest ending in a controversial twelve round split draw. 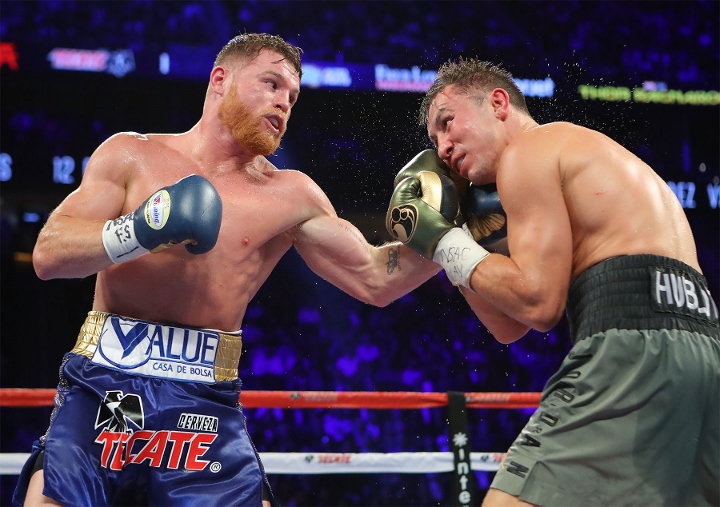 There has been a lot of controversy over Canelo testing positive in a pair of drug tests for the banned substance clenbuterol - which the boxer says was a direct result of eating contaminated meat in Mexico.

The outcome of those drug tests were a factor in the initial rematch date of May 5 falling apart.

Golovkin and his handlers believe that Canelo's reputation took a huge hit in Mexico, but De La Hoya disagrees.

"Right now in Mexico, Canelo is bigger and more popular than ever because clenbuterol is the normal thing there," De La Hoya said to Albert Perez. "There are no regulations, so when you eat meat you will have clenbuterol in your system. The whole country wants him to knock out GGG."

For months, the two sides were haggling over the monetary terms. Golovkin wanted a 50-50 split, and Canelo was only offering a split of 65-35. Over the course of weeks, there was movement by both sides.

After both sides appeared to be heading into other directions, they finally reached a deal when Canelo offered a split of 55-45.

"Canelo wanted a bigger piece of the purse for obvious reasons. He is the star and the main attraction. He can fight twice and get the same amount of money he would have won in a bout against Golovkin. However, Golovkin would have to fight like 15 times to get what he would get against Canelo," De La Hoya said.

[QUOTE=Diego Rodriguez;18891199]You are such a dbag. I got no hate for Mexicans or Mexican-Americans. But when you say 95% of Mexicans are weak you fcking sound like a bigot. You make Trump seem like Cesar Chavez you dumb ass. When…

[QUOTE=RememberTUA?;18890774]I respect that you love your people, i've read about the way your people have been treated, and still get treated. I have much respect for all Latino people, but you talking the way you do and acting like you…

[QUOTE=BigStomps;18890697]Okay let me rephrase that. 95% of Mexicans born in Mexico are weak! And that's real! See I'm not saying this to put paisas down but I'm just keeping it real! I've seen too many paisas get punked and that…