De La Hoya: When Canelo KO's Golovkin - He'll Be a Hero, a King!

According to De La Hoya, that will only feed the anger that Canelo brings with him to the ring that night.

The rematch is scheduled for September at the T-Mobile Arena in Las Vegas. 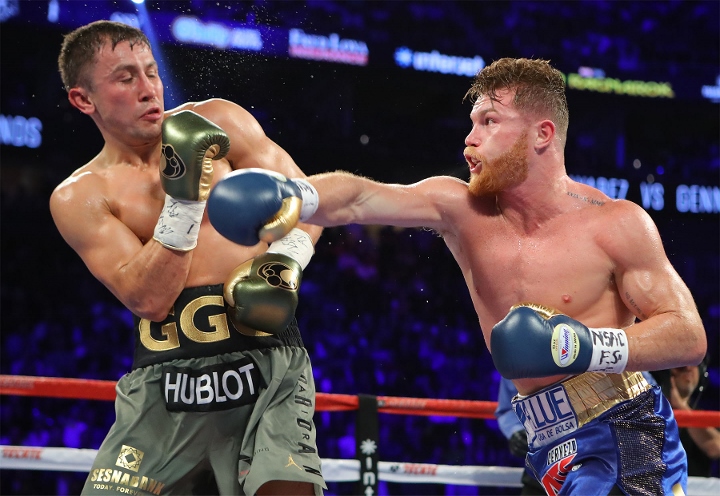 Visiting Cancun, De la Hoya was pleased to have finalized the rematch between Golovkin and Canelo, because although the Mexican had other options, he was insistent in getting back in the ring with GGG.

"It was quite difficult (to close the fight), the negotiations were really tough, it took time to please the two groups, the two fighters, but it was achieved and we are delighted that the fight will take place," said De La Hoya to ESPN Deportes.

"I expect a tough fight for both. The fact that Canelo has that anger towards Golovkin, this fight is very personal for both, but the fact that GGG has been talking too much about Canelo, for me Canelo is going to be very motivated, he's going to train harder than ever. For me this fight will be tough, but obviously we are with Canelo 100 percent."

Because the two boxers fought to a controversial twelve round split draw in September 2017, De La Hoya says a knockout ending is needed.

"In September both fighters have to go for a knockout, it's that easy, because nobody wants to see a decision. Obviously the controversy that was in the first fight with the draw, it left a bad taste for people. And now both of them have to knock each other out, because it's the only way that the public is going to be satisfied. And if Canelo wins by knockout, he's going to be the king of boxing.. he's going to be the most beloved figure in the world, the hero, it's quite important and I have a good feeling that Canelo will knock him out," De La Hoya said.

[QUOTE=j.razor;18901325]Not really but he is good & I do have him at #1 P4P at the moment.[/QUOTE] What level of gullibility do you have to eschew in your stupid life before you are taken to the rehab. Rating CLEN P4P…

How can he knock GGG out while dancing around the ring? More like Carne-low is Queen of the ring!

I doubt he will knock GGG out. Most likely he will outbox GGG and win a decision.

[QUOTE=j.razor;18900993]How do you add boxing & running in the same sentence? Its like saying he out boxed him & he ran....lol....very inconsistent.[/QUOTE] It's easy just watch the first fight. Canela did both. Boxes then the last 15 seconds of every…