De La Hoya: Canelo is So Angry at GGG - Woke Up Sleeping Giant!

Oscar De La Hoya disagrees with the prevailing opinion that Canelo Alvarez-Gennady Golovkin was a good fight, yet not a great one.

Alvarez’s promoter still expects his fighter to move less and become more committed to knocking out Golovkin in their middleweight championship rematch. Neither fighter has ever been knocked out, but “The Golden Boy” believes that’ll change September 15 at T-Mobile Arena in Las Vegas (HBO Pay-Per-View).

“Well, I’ll tell you that the Canelo-Triple-G fight was probably one of the best fights that we’ve seen in recent years,” De La Hoya told Yahoo! Sports’ Kevin Iole in a video interview posted to that website Monday. “You know, obviously the second time around is gonna be different. Canelo is gonna stand his ground, push him back and try to knock him out.” 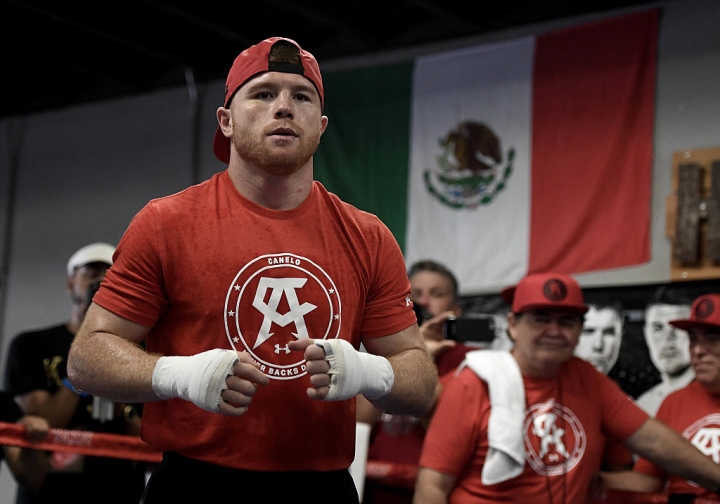 De La Hoya senses Alvarez wants to knock out Golovkin even more than he did during their first fight because Golovkin has been extremely critical of him since Alvarez failed two performance-enhancing drug tests in February. Golovkin doesn’t believe contaminated meat consumed in Alvarez’s native Mexico caused him to twice test positive for clenbuterol, as Alvarez claims.

The typically mild-mannered Golovkin (38-0-1, 34 KOs) is infuriated because he is convinced Alvarez (49-1-2, 34 KOs) intentionally tried to cheat and is solely responsible for the cancelation of their rematch May 5. The WBA/WBC/IBO 160-pound champion has called Alvarez “a dirty fighter” and “the largest problem that we have in boxing.”

“I’m telling you, Canelo is right now just so angry at what’s been taking place – he’s angry at Golovkin,” De La Hoya said. “He’s angry at Golovkin. There’s real animosity. This reminds me of me and Vargas. It’s gonna be a really intense fight. Look, if Canelo moves a little and doesn’t wanna get hit, then so be it. That’s what boxing is, I guess, right?

“I mean, Floyd Mayweather has done it for, I guess, all his career. But the fans wanna see a great fight and the fans are gonna pick on the guy who’s gonna be moving a little more than normal. But this time around, Canelo is gonna stand his ground and fight him, and I believe we’re gonna see a knockout this time.”

Alvarez moved more than usual in his first fight against the hard-hitting Golovkin, but De La Hoya was impressed with Alvarez’s performance in their competitive 12-rounder.

“I think Canelo fought a smart fight,” De La Hoya said. “But you know the Mexican fans, Kevin. They want your guy to stand toe-to-toe, a la Julio Cesar Chavez. But let me tell you one thing – Golovkin woke up the sleeping giant. Just like Germany against Mexico the other day [in the World Cup].

“I mean, that win, 1-0, caused a little mini-earthquake in Mexico. You can imagine how happy the people were there because they got the win. And that’s exactly what I believe they’re gonna get September 15th. I mean, I strongly believe Golovkin woke up the sleeping giant. It’s gonna be a heck of a fight.”

[QUOTE=whoseyourdaddy;18875554]JAJAJA I see your one of those, hateful, jealous, fail nationalist, (probably ugly like a mothapuker too)Mexican, hating on a lighter skin Mexican you racist motherpuker, that's why people like you don't amount to anything in life. You envious loser.…

[QUOTE=Nomar;18876325]If Cinnamon stands and trade, that's great! But, I still believe he will run and maybe throw more punches the next time.[/QUOTE] Of course he's not gonna stand and trade. He only does that to shot, or smaller fighters that…

Cheatnello test positive twice, gets suspended, and ruins the fight by cheating. And he's mad.

[QUOTE=champion4ever;18873449]I don't blame him. GGG has insulted his honor and integrity. This fight is happening because of Canelo. This is the fight he always wanted and he got his wish. [B][SIZE="5"] He didn't want to fight a Danny Jacobs he…