Jason Quigley felt so good after his last win that he couldn't wait to get back in the ring as soon as possible. (photo by Tom Hogan/Hogan Photos) 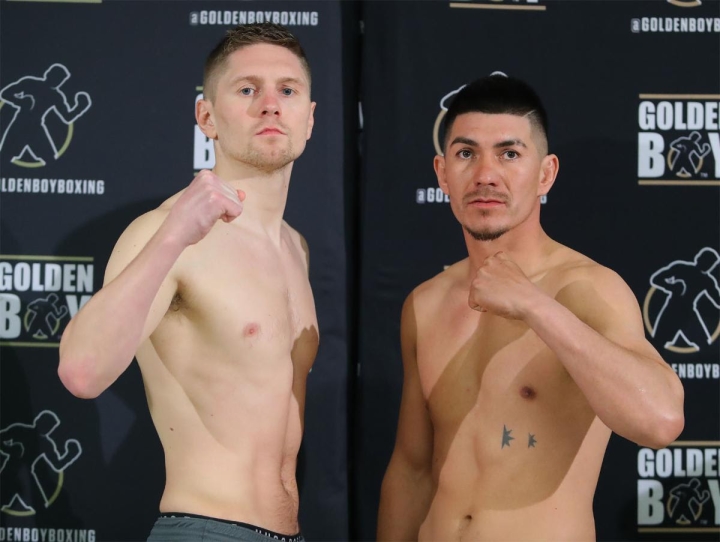 The bout takes place at the very same venue which saw a welcomed return to the win column for Quigley, who continues to improve under the watchful eye of Andy Lee. Thursday wlll mark his second bout training with Lee, a former middleweight titlist who is earning his stripes as a noted cornerman. The Irish southpaw is also helping prepare unbeaten top-rated heavyweight Tyson Fury for his February 22 title fight rematch with undefeated titlist Deontay Wilder.

First up is mapping out a strategy to get Quigley his second consecutive victory. The 28-year old from Donegal, Ireland—who now trains out of Woodland Hills, California—suffered a shocking 9th round knockout loss to Tureano Johnson last July, having since rebounded with a 3r round stoppage of Abraham Cordero last December at this very venue.

Marin has dropped two of his last three starts, including a 3rd round stoppage to unbeaten knockout artist Serhei Bohachuk last July in Hollywood.

In the evening's chief support, Ferdinand Kerobyan (13-1, 8KOs) guns for his third straight win as he faces Panama's Azael Cosio (21-8-2, 18KOs) in a scheduled eight round junior middleweight contest.

Nistor made his pro debut on the undercard of the December 5 show that housed Quigley's last win. The 29-year old heavyweight represented Romania in the 2016 Rio Olympics, and among his 138-19 amateur record includes wins over Anthony Joshua, Tony Yoka, Otto Wallin.

Quigley just doesn't impress me. Mabe the ko loss to Johnson is still lingering in his mind, n Marin has some power, but he should win rather easily. Somewhat of a disappointing card from golden boy, although I'll tune in.