DAZN has made its most significant impact yet in the crowded American market for televising or streaming boxing.

BoxingScene.com has learned DAZN, a new streaming service that launched September 22 in the United States, has secured the rights to show Canelo Alvarez’s next fight, a December 15 super middleweight title bout against Rocky Fielding at Madison Square Garden. Alvarez-Fielding is expected to be the first of a multi-fight agreement for Alvarez’s bouts to be streamed by DAZN.

Streaming Alvarez-Fielding represents considerable progress for fledgling DAZN because once Alvarez faces Fielding, the deep-pocketed newcomer will have provided U.S. coverage of perhaps the sport’s two biggest active stars – Alvarez and unbeaten heavyweight champion Anthony Joshua – within its first three months. The agreement between Golden Boy Promotions, Alvarez and DAZN will be officially announced at a press conference Wednesday at Madison Square Garden. 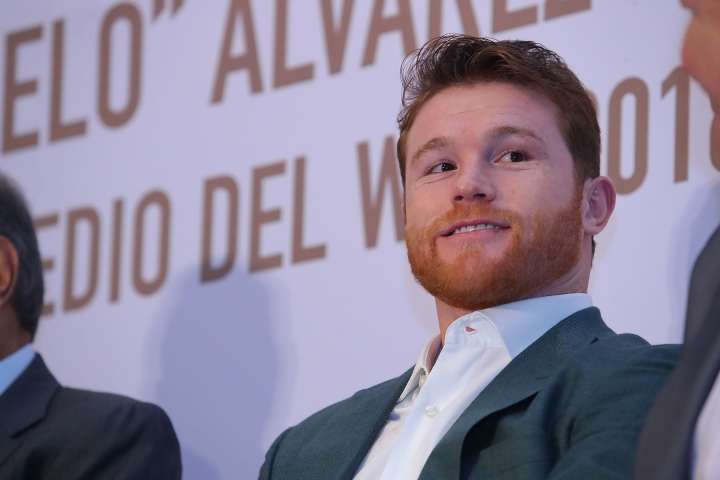 The deal, which will include additional Golden Boy dates on DAZN, means fans will be able to watch Alvarez’s fights for a significantly lower fee than usual ($9.99 for a monthly subscription in the United States). Nine of Alvarez’s past 10 fights have been pay-per-view events distributed either by HBO or Showtime, and typically have cost between $65 and $75 to view in HD.

The Mexican superstar’s last fight, a majority-decision victory over Gennady Golovkin in their middleweight championship rematch September 15 in Las Vegas, cost $84.99 to watch in HD.

HBO, which signed Alvarez to a multi-fight agreement before his third-round knockout of James Kirkland in May 2015, is believed to have contractually owned the right of first refusal to Alvarez’s next fight. When HBO announced last month, however, that it is moving away from broadcasting boxing, Oscar De La Hoya began seeking a new television or streaming home for his company’s franchise fighter.

Showtime also expressed significant interest in televising Alvarez’s fights again. Showtime televised each of Alvarez’s five fights before the Kirkland bout either live on the network or via pay-per-view.

The most noteworthy of those five fights was Alvarez’s majority-decision defeat to Floyd Mayweather Jr. in September 2013. Mayweather-Alvarez drew roughly 2.2 million buys and generated approximately $150 million in pay-per-view revenue.

The 28-year-old Alvarez (50-1-2, 34 KOs), the WBA/WBC middleweight champion, will attempt to win a world title in a third weight class when he challenges Fielding on December 15. The 31-year-old Fielding (27-1, 15 KOs), of Liverpool, England, will make his first defense of the WBA world super middleweight title he won by stopping Germany’s Tyron Zeuge (23-1-1, 13 KOs) in the fifth round July 14 in Offenburg, Germany.

[QUOTE=REDEEMER;19203278]Nothing to with the deal yet was one of the spokesman at the press conference today which went into detail how the Canel o deal was made? Why wasn't Oscar at the podium? Hearn has exclusive rights to all DAZN…

[QUOTE=REDEEMER;19202091]That's simply not true at all.Hearn met with Canelo in L.A last week to get the deal done. No deal can be made without Hearn who will possibly do promote Canelo but Golden boy has to follow Canelo not the…

[QUOTE=REDEEMER;19202110]You 're like a chicken with his head cut off. Hearn got the Canelo deal made , he is in charge of any U.S content with boxing.Nothing more to talk about is there? If you don't like Hearn, don't watch…

[QUOTE=kushking;19200433]Why is it so hard to understand that Hearn was paid a huge fee so his entire stables fights will be shown on dazn stateside? Nothing more than that. If it was as you claim then Dazn would've let it…