DAZN doesn’t divulge its subscription numbers, but the emerging streaming service deemed the Canelo Alvarez-Daniel Jacobs fight a success Wednesday as best it could.

The press release indicated DAZN drew “significant paid subscriptions – both annual and monthly – to deliver against projected revenue targets” from Alvarez-Jacobs. DAZN costs $19.99 to view on a monthly basis or $99.99 for an annual pass ($8.33 per month). 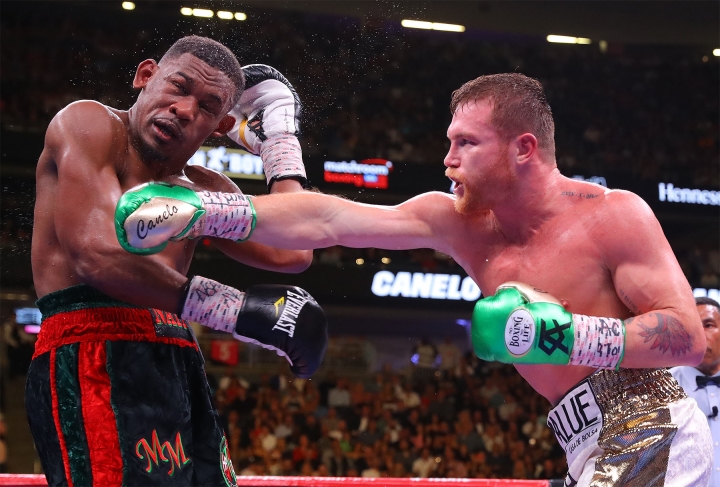 DAZN promoted Alvarez-Jacobs as a pay-per-view level event at a fraction of the typical cost ($70-$100 in HD).

Unlike linear television channels, monitored in the U.S. by Nielsen Media Research, there isn’t an independent auditor that tracts viewership of streaming services. A source familiar with DAZN’s U.S. business indicated, however, that the Alvarez-Jacobs bout was watched via in excess of 600,000 concurrent streams in the United States.

That data would indicate that DAZN has at least 600,000 subscribers in the United States who’ve signed up for at least one month.

DAZN, which launched in the U.S. on September 22, has aggressively signed talent as it attempts to build its brand in the world’s biggest boxing market. Alvarez agreed to an 11-fight, five-year contract in October that could pay the Mexican superstar $365 million.

His fight against Jacobs (35-3, 29 KOs), whom Alvarez (52-1-2, 35 KOs) beat by unanimous decision, was considered a vital event to the long-term success of the platform because DAZN committed nearly $48 million in purses for their middleweight title unification fight.

Alvarez’s purse, according to his Nevada State Athletic Commission contract, was $35 million.

[QUOTE=bigdunny1;19728820]Dude your theory of it being just 100K subscribers but everyone of then gave their password to 6 people never made sense and was pretty laughable but it's been debunked ESPN reporting DAZN made more the 48M off Subscribers for…

This is a good start for DAZN. After talk of only 15k subscriptions for AJ-Povetkin that was concerning. Also, there's a problem with conflating subscriptions/PPV buys with viewers. I suspect DAZN is not getting the 8-10 viewers per PPV buy…

Canelo is "The King of DAZN," and the face of boxing! Love it or Hate it, but get used to it!

That's a very good number. I am very impressed. That was one of the main reasons why I decided to sign up to DAZN year round in order to catch the Canelo Alvarez fights. What makes it even more impressive…