Heavyweight contender Joey Dawejko has been receiving a lot of attention in the press as of late.

There were rumors that Dawejko knocked out former world champion Anthony Joshua in sparring, as the British superstar prepared for the recent fight with Andy Ruiz.

In one of the biggest upsets in heavyweight history, Ruiz captured the WBO, IBO, WBA, IBF world titles when dropped Joshua four times before the contest was stopped in the seventh round. 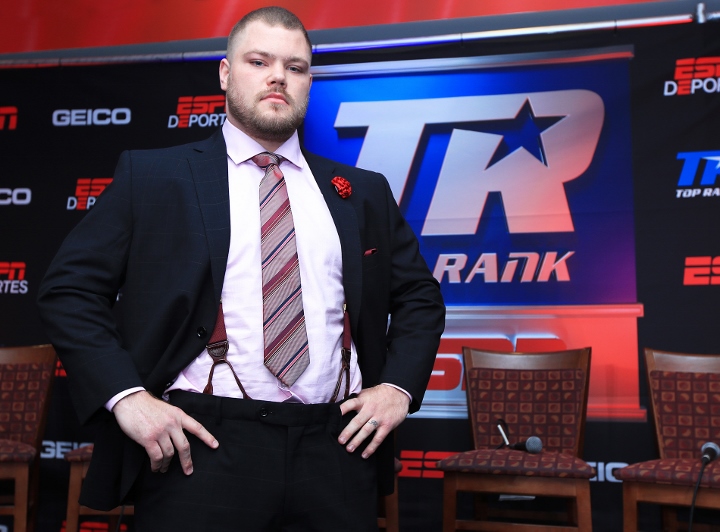 Eddie Hearn, promoter for Joshua, denied any chatter that Joshua was knocked out in camp - as some observers made attempts to blame the sparring sessions for Joshua's defeat.

Dawejko also denied the rumors that he was handed a fight with Murat Gassiev, scheduled for July, in order to keep him quiet about the sparring sessions with Joshua.

“Listen there’s a lot of stuff going on about me right now, when I was in camp with Anthony Joshua and everything. People have this conspiracy theory that what happened in camp, Eddie Hearn gave me an offer to fight Gassiev like he’s throwing me a bone or something," Dawejko told Fighthype.com.

“I respect Anthony Joshua so much, I’m not going to talk about nothing, no sparring stories. I was never that type of fighter, I was in camp with a lot of people, a lot of heavyweight champions, I’ll never speak about sparring. That’s a boxing brotherhood thing. I’ll never talk about that. People are coming out on the internet saying that I said that. I don’t even want to talk about it. It’s annoying.

“I was getting death threats and everything on my Instagram for that. It is what it is. I don’t talk about sparring stories. I never said anything, people are saying I said this and said that, I didn’t say nothing."

if this is true then this is pitiful, why would anyone do that? If AJ wasn't able to get in the ring that night then it should have been postponed..

I'm reminded of the invincible once in a lifetime fighter, Ronda Rousey. Full contract sparring in training but you can't punch her in the face. So what happens the first time she gets punched in the face in a real…