According to data Nielsen Media Research released Tuesday, Showtime’s broadcast of Davis’ second-round technical knockout of Ricardo Nunez was watched by 594,000 viewers at its peak. Their brief bout drew an average audience of 553,000.

Those figures represented a significant spike in viewership from Davis’ previous performance on Showtime. That fight – a first-round knockout of Hugo Ruiz on February 9 – produced a peak audience of 486,000 and an average audience of 429,000. 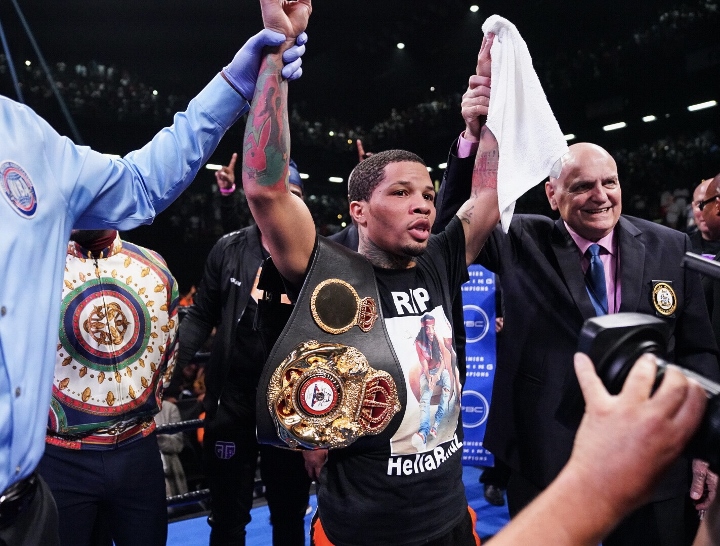 The 24-year-old knockout artist from Baltimore was a heavy favorite over Nunez and Ruiz, but neither fight lasted long enough to build much of an audience. Ruiz also was a late replacement for a well-known opponent, Abner Mares, who suffered a detached retina in sparring.

Nevertheless, Davis’ victory over Panama’s Nunez (21-3, 19 KOs), the mandatory challenger for his WBA “super” 130-pound title, produced the second-highest live viewership for a boxing match in what has been a challenging year for Showtime’s boxing brand.

Five of Davis’ past six fights have been broadcast live by Showtime. The other of those six bouts – an eighth-round knockout of Francisco Fonseca – was part of Showtime Pay-Per-View’s Floyd Mayweather-Conor McGregor broadcast in August 2017.

This was just the second time, though, that Davis (22-0, 21 KOs) headlined a “Showtime Championship Boxing” broadcast. Davis’ victory over Ruiz marked his debut in a Showtime main event.

Prior to the fight, “The Rise,” a three-segment series produced for Showtime’s social media platforms, produced more than 3.5 million views.

Davis-Nunez also attracted a capacity crowd of 14,686 to Royal Farms Arena in Baltimore. Davis fought in his hometown for the first time in six years.

Are those respectable numbers? I think this guy's career is going as planned from a purely business point of view. Obviously his skills are good but nothing special, he is powerful.. Considering how awkward and a bit unpleasant his personality…

[QUOTE=Truth Serum;19949127]Cant remember when Showtime put on a big headliner. The only Reason I have Showtime is for boxing. Fox doubled those numbers with Caleb and Lee.[/QUOTE] I'm assuming they're waiting toward the end of the year to ramp up…

[QUOTE=TheCell8;19949045]By Aug 2020, Showtime will be out of boxing business or at the very least on life support. They don't provide any great content IMO, and no one's going to just sign up for boxing. All Showtime exclusive fighters will…

[QUOTE=Fanofreason;19949128]That’s 550,000 more than Dazn Saturday fights[/QUOTE] I know DAZN has to be hurting the most. The only big fight they have is GGG vs Canelo. Does DAZN do peak viewership or just go off of new subs for that…