David Price has had his opponent confirmed ahead of his return next month.

The 35-year-old heavyweight was last in action back in September.

Price suffered a bicep injury and was withdrawn from a fight against undefeated Russian Sergey Kuzmin after four completed rounds of action at Wembley Stadium, exclusively live on Sky Sports Box Office. 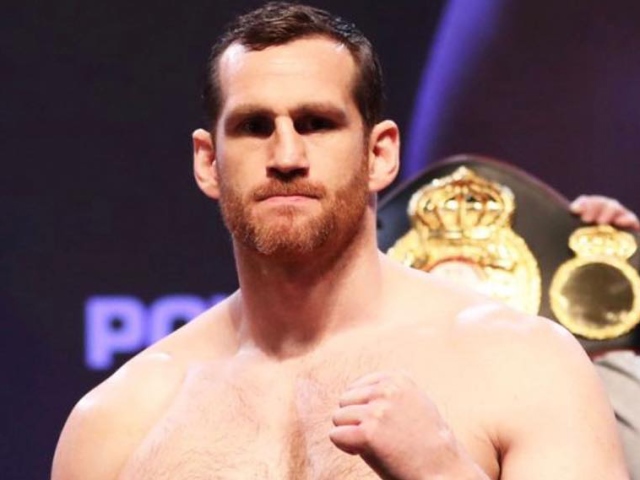 It has been confirmed that ‘The Grizzler’, training at the Four Corner Combat Gym in Liverpool, will return on the same platform on a card topped by a heavyweight rematch.

Price will box on December 22 at the O2 Arena in London, as part of the supporting cast to Dillian Whyte’s return showdown against Dereck Chisora.

And now the show’s promoter Eddie Hearn has revealed that Price will take on Tom Little over six rounds on the card.

Little, who failed to fight Bogdan Dinu in Bulgaria last month after the 32-year-old Romanian secured a fight this weekend with undefeated American contender Jarrell Miller, is 31 and from Hertfordshire. He was last in action in July when he challenged Daniel Dubois for the vacant English heavyweight title and was stopped inside five rounds, just five months after being stopped by Croatian star Filip Hrgovic inside four stanzas.

[QUOTE=nick_viking;19276856]A winnable fight for Price (finally). Like to see him win this, and then maybe have a fan favourite fight with Dave Allen in 2019.[/QUOTE] Totally agree and if it's a 10 rounder my money will be on Allen late…

The UK wheeling out there pathetic joke heavy weights again for another pay per view joke.

This will be 3 times out of 3 Little will be knocked out in 2018. Why is this even happening?

[IMG]https://media.giphy.com/media/e2QYPpUe8WmpG/giphy.gif[/IMG] I'll be honest, this is the kind of **** I live for, wouldn't miss it for the world!