David Price will be back in the ring before the end of the year.

The 35-year-old heavyweight was last in action back in September.

Price suffered a bicep injury and was withdrawn from a fight against undefeated Russian Sergey Kuzmin after four completed rounds of action at Wembley Stadium, exclusively live on Sky Sports Box Office. 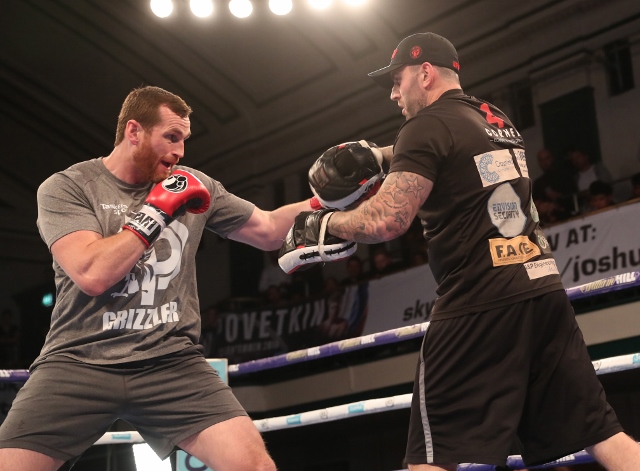 And it has been confirmed that ‘The Grizzler’, training at the Four Corner Combat Gym in Liverpool will return on the same platform on a card topped by a heavyweight rematch.

Price, it has been revealed by his trainer Joe McNally, will box on December 22 at the O2 Arena in London, as part of the supporting cast to Dillian Whyte’s return showdown against Dereck Chisora.

It was outlined by Price that the door to a return would remain open despite defeat at the hands of Kuzmin (13-0, 10 KOs), but if he were to have lost conclusively he would have retired.

However, the ex-British and Commonwealth champion will be in action over eight rounds.
Further details regarding the supporting cast of ‘The Brawl To Settle It All’ will be revealed in due course.

In other news, Tommy McCarthy has had his return to the ring confirmed.

The 27-year-old, who recently parted ways with MTK Global after failing to fight for a lengthy period, has signed a new managerial pact with Mark Dunlop.

And it has been revealed that the former will be back in action on November 17 at the Shorts Sports & Social Club in Belfast, Northern Ireland.

Which eastern euro is gonna stop pricey this time? Maybe they could get hrgovic over here?

[QUOTE=Marchegiano;19244509]:lol1: David Price should go to the UFC and see how he does there. In boxing he's a ****in' no hoper. No point in anything he does in the sport anymore. The UFC pays decent and Glory has very little…

:lol1: David Price should go to the UFC and see how he does there. In boxing he's a ****in' no hoper. No point in anything he does in the sport anymore. The UFC pays decent and Glory has very little…

is this his way of hanging around boxing for another ten years? any time he's about to lose "conclusively" he just retires in his corner lol. wow what a serious bicep injury. back in 3 months.