Olympic bronze medal winner David Price believes Kash Ali was "looking for a way out" by biting him during their heavyweight fight in Liverpool on Saturday.

Ali was disqualified in the fifth round after appearing to bite fellow Brit Price at the M&S Bank Arena.

Price slammed his opponent, saying the bite came as a result of Ali being on the verge of defeat. 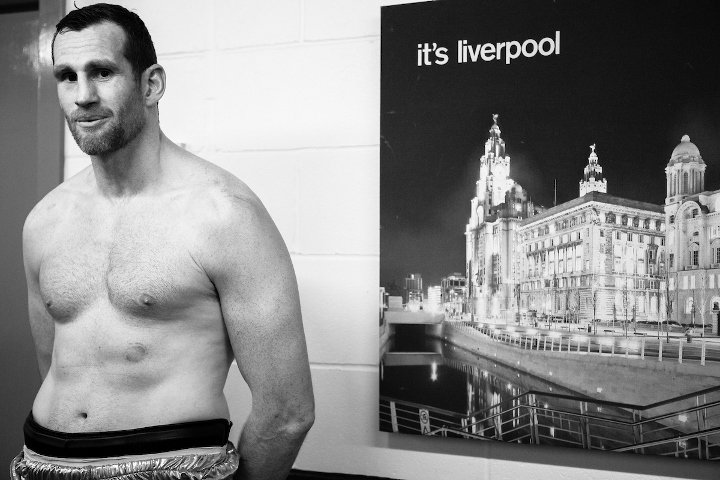 "Before the fight he was like a lunatic looking across the ring at me. From early on he was throwing the head in and trying to bite me," Price told MTK Global.

"It got a bit scrappy at times, and in the fifth round I give away a few shots to try and let him blow out a bit.

"I hit him with a left to the body and he winced, then fell on top of me and bit me. He had already bit me earlier in the fight and was looking for a way out.

"I broke his nose in the second or third round and shook him, but let him off the hook a bit. It was a 10-round fight so I didn't want to do too much too soon. It's a bit of a disappointing result for me, but it's done now, and it's onwards and upwards."

According to Price, Ali asked him for a rematch in the aftermath.

But the popular heavyweight is interested in the winner of the upcoming clash between Lucas Browne and Dave Allen.

"He gave it away in the press conference that he was going to lose his head," Price said afterwards.

"He was in the fight, he ruined it for himself! "I'm not too pleased with my own performance.

"He said 'let's do a rematch' but I don't want to share the ring with an animal like that.

"The winner of Lucas Browne vs Dave Allen is one that I'm interested in."

He better hope so.i can't see him beating anyone else lol

Price v Allen ..think hard Eddie there has to be an alphabet title out there somewhere for them to call themselves WORLD champions ..

As does the entire universe!!

[QUOTE=ShoulderRoll;19629525]The Brits would fill Wembley for Pricey vs Browne.[/QUOTE] I heard Eddie is pre-booking Wembley for 2020 show down with Pricey. Eddie decided AJ cant fight any fighter that is on another network, so that means this fight is a…

The Brits would fill Wembley for Pricey vs Browne.