Heavyweight contender David Price feels rejuvenated after his stoppage win over David Allen back in July.

The 36-year-old Olympic bronze medal winner was the underdog in that bout, and instead he broke down Allen and stopped him.

Price is now scheduled to return to the ring on November 23, as part of the undercard to Callum Smith vs. John Ryder in Liverpool. 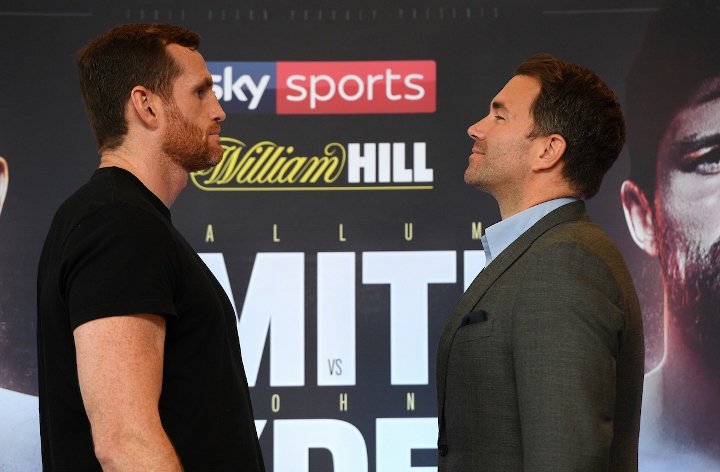 Price admits that his initial reaction, after the big win over Allen, was to find the biggest fight possible and cash out.

But after a few days, he felt the right move for his career was to properly continue building his momentum.

"Initially after the fight, I was like 'right, I can get a big fight now and cash out'. But then, after a week or so, I was like, it's not the time to cash out yet. If I can play my cards right, and continue to perform, I can go further but not only that, it adds to the story which is already quite interesting," Price explained to Sky Sports.

"I could sit down with anyone and tell them the story of my career. I've had some ups and downs. I've had interesting things happen to me. You could write a book about it, but now I'm glad I've got the opportunity to fight on the Matchroom show, live on Sky Sports. The people seem to be getting behind me again, and yeah, just onwards and upwards.

"The Dave Allen fight was the first fight in a few years that I actually felt like I won, because even when I had won, I was analysing after it, I wasn't good enough. Kind of being a little too hard on myself, but that one I knew it was a performance and I ticked a lot of boxes at the end of it. I've never really used proving people wrong as a motivation, but that felt good to prove people wrong. I'm going to use this again to prove people wrong. I want people to keep doubting me."

According to boxrec, he will fight Derek Chisora.

The only bigger things are the KOs that he will get.

Briggs vs Price. Make it happen Eddie. The Price is right this time!

[QUOTE=Roberto Vasquez;20107578]Price should fight Wilder next.[/QUOTE] Wilder would be arrested after the fight for homicide.

I wish boxing scene would stop with the David Price jokes every month. Oh wait, he's really saying this stuff, isn't he?