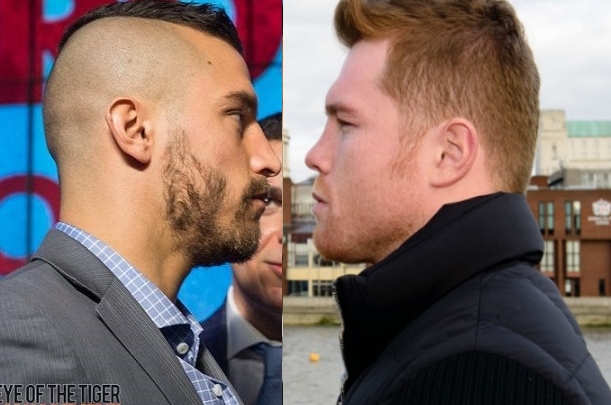 “A fight with Canelo is something I’m extremely interested in,” Lemieux said. “I think it would be a great opportunity for me to show the world what I’ve got.”

But like Alvarez, Lemieux is promoted by De La Hoya’s company. The 29-year-old Lemieux (40-4, 34 KOs) also became the WBA’s mandatory challenger for Alvarez’s middleweight title by beating Ireland’s O’Sullivan (28-3, 20 KOs), whom he knocked out with a vicious left hook.

De La Hoya has a December 15 date available for Alvarez’s return, but that probably will be too soon for him to fight again. Alvarez could make more than $50 million from his rematch versus Golovkin (38-1-1, 34 KOs), a brutal battle in which he suffered a cut over his left eye.

Lemieux’s limitations would make him a big underdog against Alvarez (50-1-2, 34 KOs), but the former IBF 160-pound champion is one of boxing’s most powerful punchers and thus dangerous.

“Big congratulations to Canelo, who fought an excellent fight tonight against Golovkin in the rematch,” Lemieux said. “I thought it was a fair play that he won the fight. It was a great fight and also, [Canelo is] someone I’m extremely interested in. So hopefully [I’ll have] a fight against him in the near future. Hopefully the fans will demand it.”

[QUOTE=Mike D;19113105]Canelo would dominate Lemieux to pieces. Lemieux's only chance would be to land a powerball lottery level homerun shot that knocks Canelo out. Otherwise he gets whitewashed.[/QUOTE] Agree. I see this as Canelo versus Rich Man's James Kirkland. I…

[QUOTE=joseph5620;19115841]This has nothing to do with Charlo or Andrade. [B]Charlo is the mandatory anyway[/B] so your statement is stupid.[/QUOTE] And so is Lemieux since Sat. Night... You keep missing that point... I don't say he deserves a shot at all…

I agree with all of you that say Lemieux doesn't deserve a shot. HOWEVER if Canelo is looking to stay busy in December then Lemieux is really one of the only options. Saunders Andrade Jacobs and Derevyanchenko are all scheduled…

Sorry, but Lemieux does not deserve a fight for the title against the unified champion. Canelo would hand a one-sided beatdown of Lemieux. Besides Gokovkin, only Charlo, Saunders and perhaps the winner of [email protected] deserves a shot.