David Haye Expects Whyte vs. Chisora Rematch To Be Finalized

A week ago, heavyweight contender Dereck Chisora announced that he hired former rival David Haye to serve as his career manager.

The two were involved in an infamous brawl at a press conference in Germany several years ago.

And that brawl led to showdown in 2012, with Haye knocking out Chisora in five rounds. 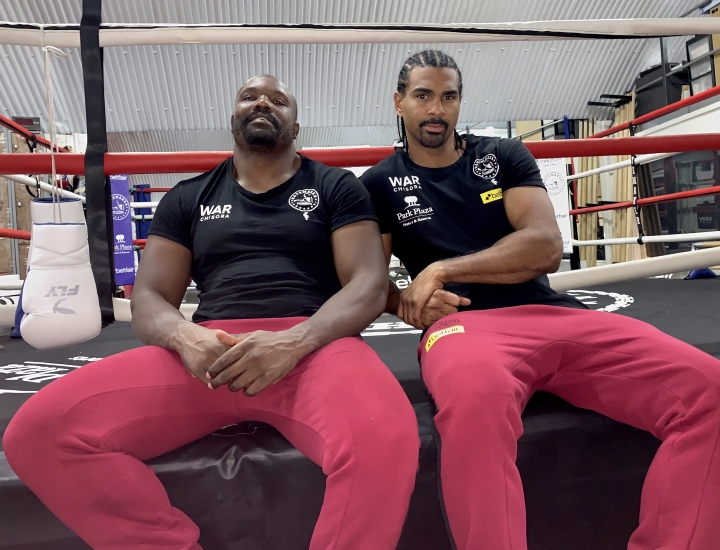 Haye is now finalizing the details for Chisora to face top contender Dillian Whyte in a highly anticipated rematch.

The two heavyweight rivals fought in a twelve round brawl in December of 2016, with Whyte winning a razor close split decision - with many sensing that Chisora should have edged it out.

In his most recent fight, Chisora came from behind to score a sensational knockout victory over Carlos Takam.

The negotiations for the Whyte rematch have been playing out for several weeks, but Haye expects a deal to be reached next week.

"That's the fight we're working on and we're 90 percent there," Haye told Channel 5.

"All of the major stumbling blocks regarding negotiations have been passed and we are in a very good place. Hopefully we are just dotting the I's and crossing the T's early next week and fingers crossed, we can get the fight that everyone wants to see."

There have been some issues prior to Haye getting involved, as two weeks ago Whyte issued a warning to Chisora that "there is a massive danger he will miss out on a career highest pay day."

Chisora responded to Whyte and assured that a deal would be reached between the two.

[QUOTE=5000boxing;19233968]Weird.. I'm not sure if I should just resend what i just sent u.. because u still on some sensitive bs.. chill out "homegirl"[/QUOTE] You talk nonsense but when it gets debunked you have no more counter-arguments. Good day sir.

[QUOTE=P4Pdunny;19232349]"this is boxing.. don't take it personal" - LMAO. I'm convinced you live on a different planet. My favourite boxer of all time is an American, my three favourite active boxers are also American. I don't know these guys or…

[QUOTE=5000boxing;19232204]Lol.. we want war with every country.. this is boxing.. don't take it personal.. the truth is.. yawl are only taking it personally because we both speak the same language.. and can communicate with each other.. but we Americans shyte…

[QUOTE=thack;19230811]Not really,.Ortiz was here in England for a couple of years and stunk the place out.His greatest claim to fame is being knocked out. And like it or not U.K. boxing is thriving.[/QUOTE] Wtf.. he koed one guy.. an the…

[QUOTE=P4Pdunny;19232143]No, this looks bad for Dilian Whyte. What is it with you americans create wars between the UK/US in your head.[/QUOTE] Lol.. we want war with every country.. this is boxing.. don't take it personal.. the truth is.. yawl are…