David Haye is once again dreaming of becoming a world champion - but this time around he wants to do it in poker.

During his boxing career, Haye became a unified champion at cruiserweight and eventually moved up to heavyweight to defeat Nikolai Valuev for the WBA world title.

He retired from the sport in 2018, after suffering a knockout loss in his rematch with Tony Bellew. 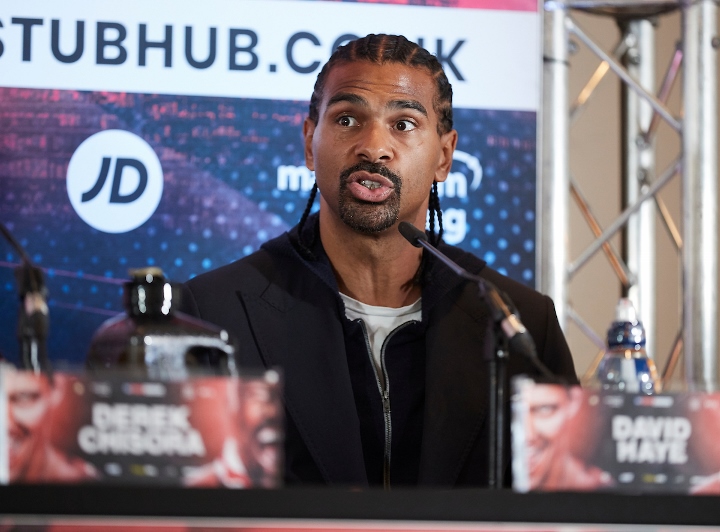 Now Haye is focused on become a World Series of Poker champion - which is the most prestigious honor in the world of poker. The winner of the tournament earns a tremendous amount of money and the WSOP bracelet.

Haye wants to make it to the final table of the WSOP tournament.

"Every time I've been to Vegas I've played," Haye told Mirror Sport. "I went when I was over for Tyson Fury vs Deontay Wilder and I won my first tournament in the MGM Grand.

"I went straight from the airport to the casino and went to the first poker table to reacclimatise and I won. It wasn't a professional game, it was just a random poker tournament, but it's nice to know I'm not just a random guy who plays poker now and that I know what I'm doing.

"I only won a couple of thousand dollars but it was the thought of going into a tournament not knowing who was playing or the level and coming first; it was a million miles away from when I was struggling to learn the rules. The final table at the World Series is as big as it gets in the world of competition poker so you never know, I might have one of those bracelets to add to my belt collection."

A former boss of mine is one of the top poker players. It would be interesting to see him embarrass a former boxing champion.

His levels of self-delusion are off the charts so yeah, he might make a great confidence player

[QUOTE=Citizen Koba;20535483]. Damn, man, I'd K you for that one but you're still recharging. My chuckling actually made Jr look round from the Xbox which is quite the achievement. :lol1:[/QUOTE] [img]https://i.imgur.com/40EEmSa.gif[/img] I appreciate your comment buddy. I cant imagine David…