David Benavidez vs. Avni Yildirim Will Be Next, Says WBC Prez

The World Boxing Council will order their brand new super middleweight champion, David Benavidez, to defend the 168-pound title against Turkish puncher Avni Yildirim, who is waiting for the opportunity after losing a technical decision back in February to the now former champion, Anthony Dirrell.

Benavidez, who established himself as the youngest champion in the history of the division, knocked out Dirrell in nine rounds last Saturday night at the Staples Center in Los Angeles, to reconquer the title - after losing the WBC strap due to a doping issue in 2018.

"The winner (of Dirrell against Benavidez) was obligated to fight with Avni Yildirim, who fought for the title with Dirrell (in February). It was a technical decision by a cut and a direct rematch was determined, but as the fight with Benavidez took place , the winner had to go with Yildirim," WBC President Mauricio Sulaiman told ESPN Deportes. 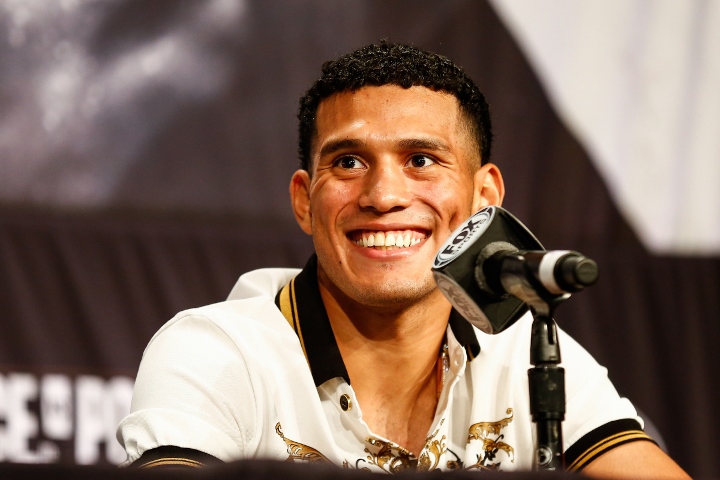 Benavidez and his team revealed the possibility of unifying titles against Caleb Plant, who is the current champion of the International Boxing Federation - and promoter Eddie Hearn asked the WBC to order Benavidez to fight Callum Smith, who owns the organization's Diamond belt and he is also the world champion of the World Boxing Association.

In the case of Spence, who took over the WBC welterweight belt on Saturday by dethroning Shawn Porter at the Staples Center in Los Angeles, California, the sanctioning body said they will wait until their upcoming annual convention to decide what to do, since Yordenis Ugas is a mandatory challenger, but Danny Garcia, a former champion of the WBC, is being lined up to face Spence.

In fact, at the end of the fight between Spence and Porter, Garcia came in the ring and challenged Errol to a future fight - which is being targeted for a date of January 25.

[QUOTE=Ray*;20096429]Again we would get a fight NO one wants, If yildrim gets his chance after February then what about others? He already lost to Dirrell so why is he getting another chance at a different champion? Anyways unification >>>> mandatory…

Anyone ever seen sanctioning bodies in any other era name mandatories so quickly? Thus removing any decision making from a fighter’s manager, promoter or boxer himself? This has been happening quite frequently with many boxers lately. It’s as if the…

Again we would get a fight NO one wants, If yildrim gets his chance after February then what about others? He already lost to Dirrell so why is he getting another chance at a different champion? Anyways unification >>>> mandatory…

Haymon design. The road leads to Benavidez vs Eubank Jr.