David Benavidez: I Have What Canelo Wants - The WBC Title

Last November, Canelo moved up by two weight divisions, from middleweight to light heavyweight, and knocked out Sergey Kovalev to capture the WBO world title.

Not long after, he vacated the WBO belt and began to make plans to drop down in weight to 168-pounds. 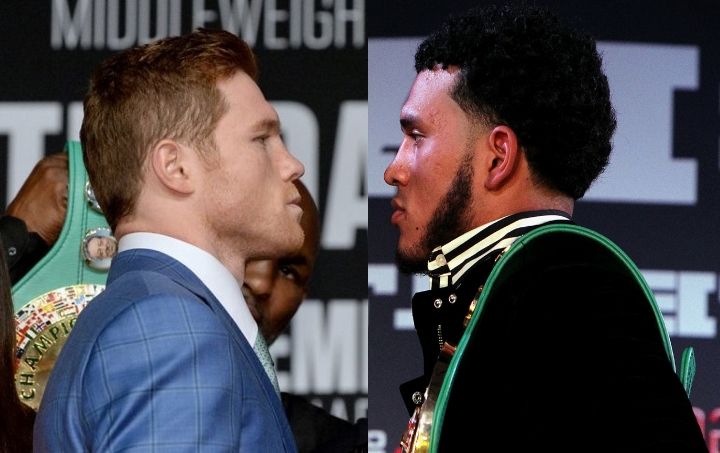 Canelo is slated, at least on paper, to fight on September 12. That return, still without an opponent, is likely being pushed back to a later date.

Benavidez would embrace that fight with open arms.

"I have a title that Canelo wants, the WBC. If he gives me the fight it will be an honor for me. And if he gives me the opportunity I will be ready. I think I have what it takes to beat him: youth, strength, speed and I think I can beat him," said Benavidez during the WBC's Tuesday Coffee.

The 23-year-old boxer is scheduled to defend his title in a Showtime televised fight on August 15 against Roamer Angulo (26-1, 22KOs) at the Mohegan Sun Casino in Uncasville, Connecticut.

Another option for Benavidez, is a unification with his Premier Boxing Champions stablemate, undefeated IBF world champion Caleb Plant - who will make a voluntary defense of his title before the year is out.

[QUOTE=JonDelPrado;20686085]I’m still not sold on the notion that GGG is done. He allegedly fought dereviachenko under the flu and it was still a hell of a fight. Canelo barely scrapped by him and I think would still give him all…

[QUOTE=Robi13;20682165]I agree that beterbiev is a huge threat but I’ll add Bivol and Benavidez to that list... the rest won’t beat canelo and specially ggg. Canelo already showed he can beat ggg with two different styles.:: out boxing him in…

Canelo has no chance in this one.