David Avanesyan vs. Josh Kelly is Ordered By The EBU

The EBU have set April 30 as deadline for private negotiations and will after that call for purse bids. However, it appears that Avanesyan will first take on the man he beat to win the title, Kerman Lejarraga, 27-1, in a rematch but if the EBU is in agreement with this is an open question.

And even if the EBU agrees, Avanesyan exposed Lejarraga pretty badly and a rematch is a dangerous move by the Spaniards. Another loss and Lejarraga can forget about the US and the big money fights for a long time.

Kelly and Avanesyan were scheduled to fight a few months ago, but then Kelly withdrew following the official weigh-in and there are different claims regarding his withdrawal. 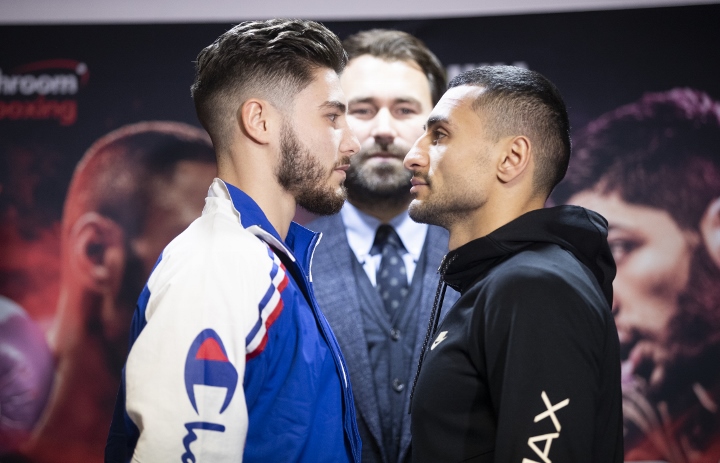 It´s official: Patrick Nielsen and Mark Madsen clash in a MMA fight June 8 at the new KB Hall in Copenhagen. Nielsen has a background as a boxer and is new to MMA while Madsen was an Olympic wrestler and is 7-0 in MMA. How big this will be in Denmark remains to be seen but the promoters have very high expectations it seems.
....

Danish heavyweight Pierre "Pretty Ricky" Madsen, 11-0, has announced his retirement. Madsen´s last fight was in May of 2018 and he have since had a series of injuries and has now decided to call it a day. He was trained by Sherman Williams, who also came up with the nickname "Pretty Ricky".

Hungarian Felix-Promotion, headed by Felix Racz, have a busy spring, early summer, ahead and it looks like this:

April 20, Windhoek-Namibia, Zoltan Kovacs will fight Jeremiah Nakathila for the WBO Global super feather title on a 10 rounder fight. The winner will get a shot in the near future against WBO super feather champ Masayuki Ito.