David Avanesyan To Return in September or October, Says Josh Kelly is Frontrunner

European welterweight champion David Avanesyan (26-3-1, 14 KOs) has been here before.

In November 2015, a victory over Charlie Navarro brought him the WBA interim-welterweight belt, which was later upgraded to the full version soon after his breakthrough victory over living legend 'Sugar' Shane Mosley in what was Mosley’s final outing.

The moment didn’t last for long, as he was outpointed by Lamont Peterson and then scorched rapidly by Egidijus Kavaliauskas. His career at the top level seemed over, Avanesyan got back to Europe and enjoyed a sudden renaissance year in 2019, scoring three consecutive stoppage wins over two Spanish fighters on their home turf.

In March 2019 he gutted out a stoppage win over previously undefeated EBU champion Kerman Lejarraga (27-0). In September he vaporized him in one; then repeated the trick versus Jose Del Rio in December. 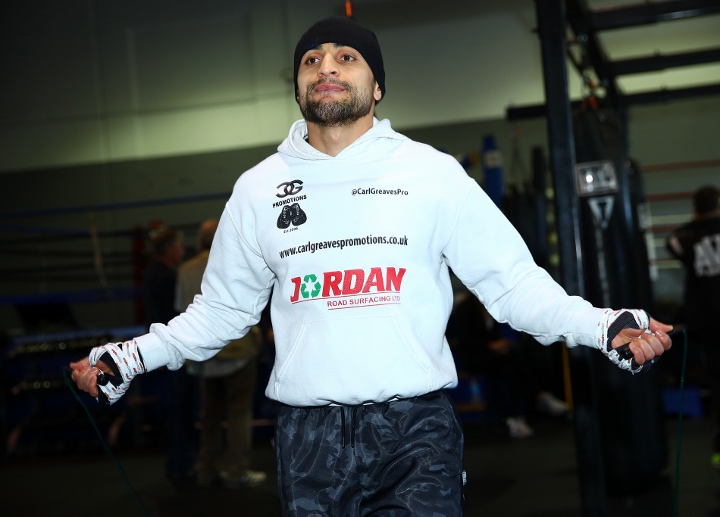 The Russia-based Armenian was on a collision course with Britain’s Josh Kelly, when the coronavirus pandemic delivered a nasty punch to the very core of the sport - which led to the postponement of events all over the world.

Recently, Avanesyan took time to reveal his feelings on his ongoing activities, and his future plans, to the official portal of the Russian Boxing Federation.

“I wish to fight in Russia, and there was some talk about that. I hope the fight will come into fruition pretty soon. Right now I have a fight, scheduled for either September or October. I’m staying in shape but according to the agreement I will have to relocate to the United Kingdom for the last six weeks of preparations," Avanesyan said.

“Josh Kelly is a frontrunner but our fight in the UK has been twice rescheduled before. Anything can happen in boxing so we shall see. Personally, I wish to fight at least twice this year.

“I have a contract with Matchroom Boxing for three fights, one of them having already been conducted. The Kelly fight should have been the second one, then – if successful – I would have been fighting for a title sometime in July. But you see what’s going on [with the pandemic].

“I need and I want to fight the best, and I certainly understand how strong our weight class is. Manny Pacquiao is a legend! I don’t want to compare him with the other champions but it’s my dream to fight him. When I had a [WBA] title, there were talks about a possible clash. But it never went beyond being a rumor. Speaking of the welterweight champions – Terence Crawford, Errol Spence – I like Manny above all of them both in terms of boxing and terms of personality. But I'm not saying here that he's the best.

IN OTHER NEWS - Yuka Promotions will stage their second post-COVID event on July 27 at the Vegas City Hall in Moscow, Russia. Headlining the event is former WBO/IBF Intercontinental champion Khuseyn Baysangurov (16-1, 14 KOs), 25, who will take on experienced Kazakh Alexander Zhuravskiy (13-6, 11 KOs), 35.