Carl Greaves trainer of EBU welterweight champion David Avanesyan, is very disappointed that his boxer will have to wait even longer to return to the ring.

Avanesyan was scheduled to make a defense against unbeaten Josh Kelly on January 30th in the UK.

But the card was postponed after all UK boxing events, due to rising COVID-19 cases, were suspended for the month of January. 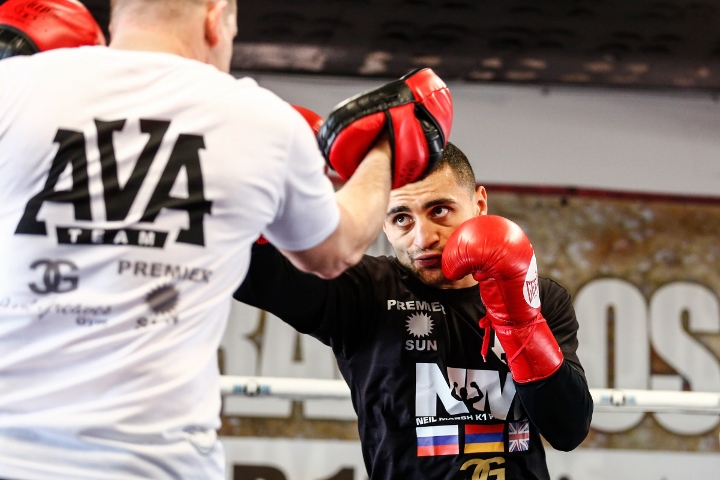 The fight with Kelly has been postponed three times - twice over COVID restrictions and once because Kelly withdrew when he became ill after their weigh-in in 2018.

Last month, Avanesyan came back to Newark in the UK to begin a tough six-week training camp with Greaves.

Greaves believes the current suspension of UK boxing events could extend to the month of February - and he's hoping promoter Eddie Hearn of Matchroom will take the fight to a country where the COVID cases are not as severe.

“I have a feeling the suspension will happen again in February. Matchroom are looking at moving the fight abroad, to a country with less cases, where it can still go on," Greaves told the Newark Advertiser.

“Luke Campbell fought in front of 6,000 (in Dallas, Texas against Ryan Garcia) so there are options. But right now, we will continue to train as normal and then we will see where we stand then at the end of the week. If it is postponed any longer than what we have in mind, then it would be a case of David going back home to Russia to re-charge the batteries.

“We have had Kelly pull out on the day, COVID stopping us back in March of last year, and now COVID again. I am devastated for David, and he is gutted to be honest with you. He has come over from Russia, left his family at home for Christmas and the new year, he has paid out a lot of money on the camp, and now has seen it postponed — again. The camps are not easy, there is so much to it (financially). It isn’t easy for him no matter how you look at it. We are just hoping to hear something soon because this fight is massive and we have ambitions beyond it.”