David Allen has announced a link-up with a new trainer.

The Conisbrough heavyweight was last in action in Sheffield in February.

Allen knocked out Dorian Darch inside three rounds at the FlyDSA Arena, exclusively live on Sky Sports and DAZN.

The fight came on the undercard of Kell Brook’s long-awaited return as he stopped Mark DeLuca inside seven rounds to win the vacant WBO Inter-Continental super-welterweight title. 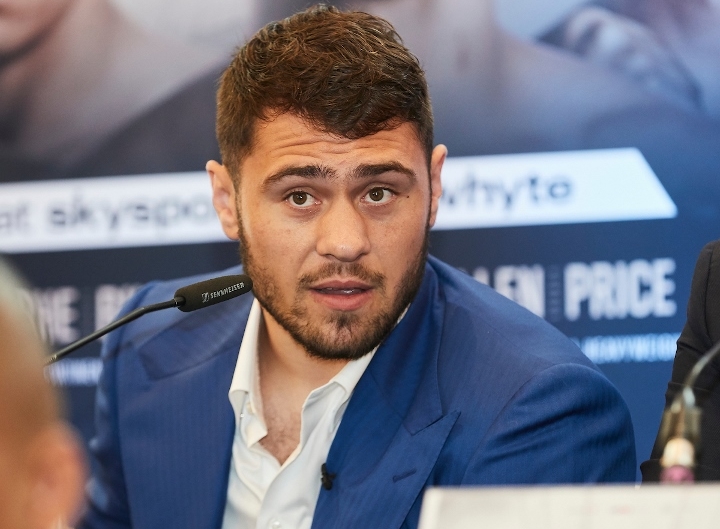 And it has now been revealed that ‘The White Rhino’, 28, has teamed up with Jamie Moore ahead of his return to the ring once the enforced boxing lockdown is over.

The news of Allen’s newest partnership –– one which he has been joined in by his protege Danny Murrell as he heads towards the professional ranks –– comes hot on the heels of the shock announcement that he was added to the roster of MTK Global.

On Monday, the British Boxing Board of Control confirmed that all boxing events in the UK have now been suspended until the end of May.

Warren had already postponed his co-promotion with Top Rank, set for May 2, at the SSE Hydro in Glasgow, Scotland. Josh Taylor, the IBF, WBA Super and Ring Magazine world super-lightweight champion, was meant to take on Thailand’s Apinun Khongsong in a mandatory defence of his red, white and gold title.

A new date for that has yet to be revealed, but Taylor has said that he may not fight this year.

Hearn had Dillian Whyte scheduled to face Alexander Povetkin in a defence of his WBC interim heavyweight title at Manchester Arena on the same date as Taylor’s clash with Khongsong and that, alongside its stellar supporting cast which included Katie Taylor’s WBA, WBC, WBO, IBF and Ring Magazine world female lightweight title defence against former seven-weight world champion Amanda Serrano, has been pushed back to July 4.

Daniel Dubois’ five-belt heavyweight title clash against Joe Joyce, originally set for April 11 at the O2 Arena in London, has been rescheduled for July 11, exclusively live on BT Sport Box Office, while Lee Selby’s IBF lightweight world title final eliminator against George Kambosos Jr. will also take place on that date, on Sky Sports and DAZN, at the Motorpoint Arena in Cardiff, Wales.

News regarding Allen’s first assignment under the tutelage of Moore –– who also trains former two-weight world champion Carl Frampton as well as ex-WBA ‘regular’ super-middleweight champion Rocky Fielding and undefeated super-featherweight prospect Aqib Fiaz, who has recently joined Eddie Hearn’s Matchroom Boxing on a multi-fight promotional deal –– will be revealed in due course.

Congratulation to David Allen. Now he need to win fights, If he want to win the WBA regular heavyweight division title. :boxing: