Dave Allen: If Wardley Boxes Me Within 12 Months - He Gets Knocked Out

Heavyweight contender Dave Allen is very confident in his ability to shock unbeaten prospect Fabio Wardley - if they collide in the next twelve months.

Allen has been out of the ring since February, when he picked up a knockout victory and bounced back from a TKO defeat at the hands of David Price in July of 2019. 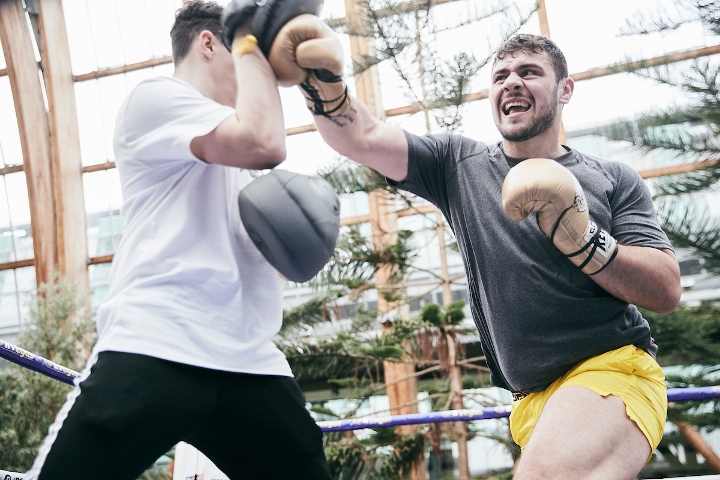 Allen has sparred with Wardley in the past and appears to be very familiar with his strengths.

But he doesn't believe the young prospect has the ability to beat him at this moment.

"The Wardley fight is the next big fight that I believe I'll be in. He's a really good talent. The sooner that fight happens for me, the better. I'd like one or two beforehand because he is really sharp, and I'd like to be sharper," Allen said.

"I've sparred Fabio. He is a very confident man. But I'm a very physically strong man. I sit here and smile, and he would have the same confidence. But there's no way he can beat me. No way. No chance. His team around him will know that. I only wish him the best. But if he boxes me in the next 12 months he will get knocked out."

In a prior interview, Whyte named Allen as an opponent that he would like to secure for Wardley.

"We want all the smoke. Fabio is young and inexperienced so we will be wise. I'd like him to fight Dave Allen at the end of the year or next year," Whyte said.

David Allen is a fat slob, like an English "Butterbean", with less power. He is already a fall guy/gatekeeper and he's in his mid 20s. Has had several opportunities at Matchroom, and he never takes them seriously. Imagine that, having…

Good match up! Would be nice to see before the years out.