Adrian Granados averaged nearly 70 punches thrown per round, well above the welterweight average. Granados landed 4.6 body shots per round.

As a result of his aggressiveness, Granados opponents landed 43.3% of their power shots- 5% higher than the welterweight average. 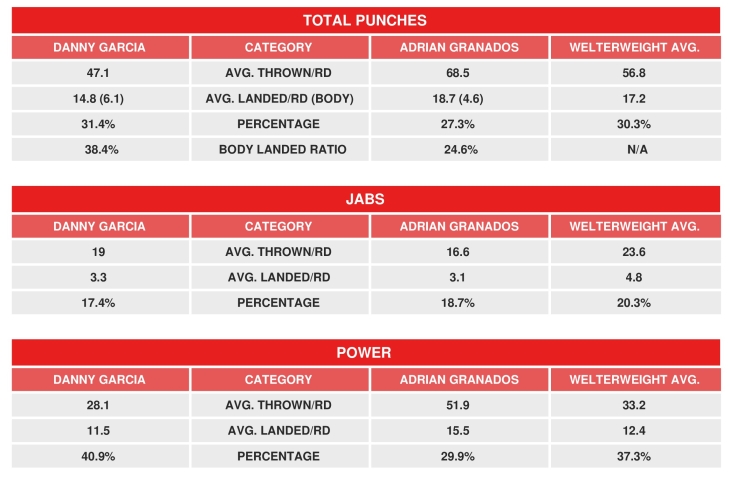 Also squaring-off Thursday were heavyweight contender Andy Ruiz Jr. and Alexander Dimitrenko, who meet in a 10-round bout, and unbeaten contender Brandon Figueroa and Venezuela's Yonfrez Parejo, who meet in a 12-round match for the WBA Interim Super Bantamweight title that kicks off the broadcast at 8 p.m. ET/5 p.m. PT.

Good action fight. Granados is a tough brawler, but he's very vulnerable. Garcia his a much better boxer and well rounded fighter. But Swift need to throw more punches for stopping this guy. Garcia by late TKO