Brentwood Centre, Brentwood - In a battle of undefeated fighters for the WBO European middleweight title, Danny Dignum (13-0, 7 KOs) stopped Alfredo Meli (17-1-1, 5 KOs) in the ninth round.

The action was very close in the first six rounds, with Meli starting off very strong in the first few rounds, before Dignum came back with solid punches to pull away in the fifth and sixth.

In the seventh round, Dignum landed a big body shot that put Meli down in the first minute. Meli was in obvious pain and managed to beat the count, and Dignum jumped on him. He was unable to put away Meli, who got himself out of trouble. 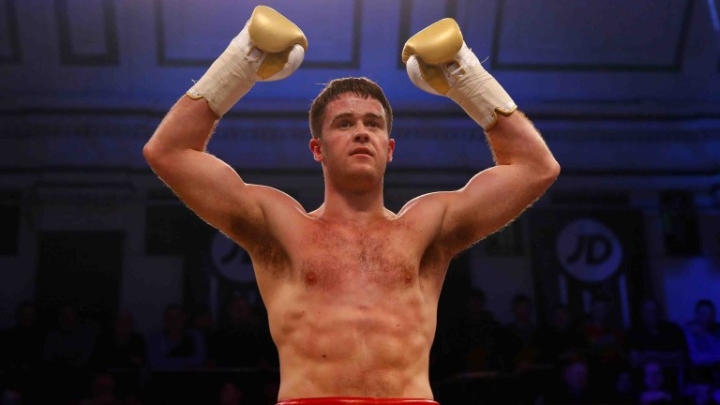 Junior middleweight prospect Liam Wells (7-1, 2 KOs) won a six round decision over Zygimantas Butkevicius (2-32). The sole score by the referee was 60-53.

Honest, I like smaller rings, but they are usually for punchers. If you want the army to fight, you put them on death ground. Sun Tsu.

I'm not complaining, this is a compliment. That was a small ring, my lady friend noticed right away. I knew it wasn't for the "boxers" the commentators were babbling about. You got to work with what they give you. Dignum…