Junior welterweight Danielito Zorrilla is on the cusp of becoming a contender in a very competitive division. A victory over a fringe contender could go a long way.

The unbeaten prospect has put forth impressive performances since his pro debut in November of 2016. In his last bout on Aug. 17, Zorrilla, who resides in nearby Rio Piedras, stopped Juan Carlos Cordones in the third round. 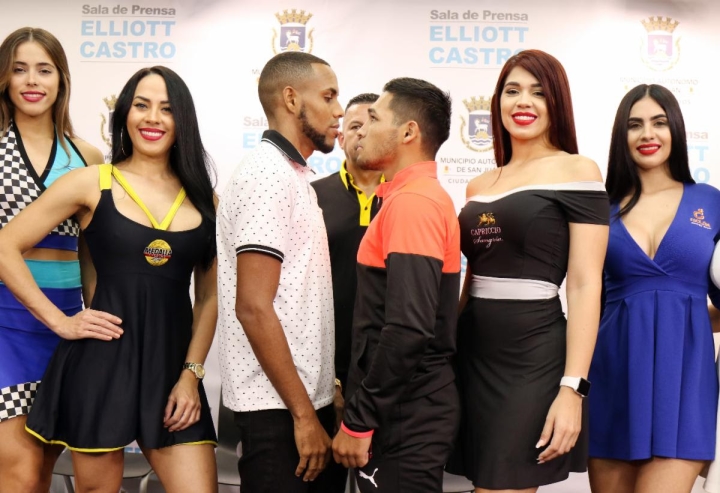 The 25-year-old Zorrilla notched the biggest win of his career thus far in his previous fight on Mar. 30, stopping former world featherweight titleholder Gamaliel Diaz in the second round.

Zorrilla is co-promoted by Cotto Promotions and Golden Boy Promotions. There is talk of Zorrilla getting more of a push in 2020 after fighting a handful of times on ESPN in 2017 and 2018.

Perez (23-3, 18 KOs), who resides in Tijuana, Mexico, stopped Christian Flores after the fourth round on June 7. The 22-year-old Perez had lost three of his previous four fights, with two of those coming at the hands of Hanzel Martinez on Nov. 24 and Ruslan Madiyev in May of last year.

In the co-feature, Lucas Fernandez of Argentina will square off against Juan Carlos Camacho in an eight-round junior bantamweight bout.

Fernandez (12-2-1, 9 KOs) has not fought since losing by unanimous decision to contender Gideon Buthelezi on July 27 of last year, snapping a seven-bout unbeaten streak.

Camacho (11-1, 6 KOs), who resides in Juana Diaz, has won his last five bouts since losing to Edwin Rodriguez in August of 2017.

I like this guy alot. I think he can be the next big champion from puerto rico