The long-discussed Daniel Jacobs-Gabe Rosado fight has been trash-talked into existence.

BoxingScene.com has learned that Jacobs and Rosado have agreed to terms for a super middleweight match November 27 at a site to be announced. An official announcement is imminent for Jacobs-Rosado, which will headline a card DAZN will stream in the United States and United Kingdom.

DAZN executives proposed southpaw John Ryder as an opponent for Jacobs because they’re preparing to launch their streaming service in the UK, but the two sides settled on Rosado. Philadelphia’s Rosado has campaigned for a fight against Jacobs since they both boxed on a card December 20 in Phoenix. 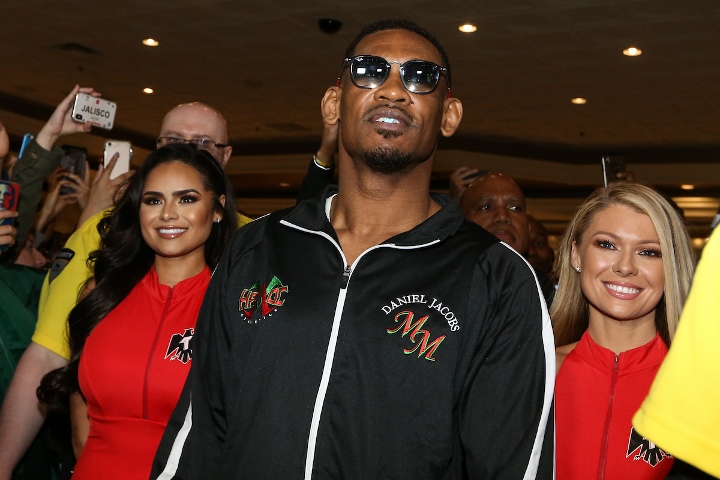 Rosado was on standby to box Jacobs before Jacobs beat Julio Cesar Chavez Jr. that night because Jacobs and his handlers weren’t convinced that Chavez would go through with that fight. Mexico’s Chavez came in 4¾ pounds over their contracted limit of 168, but Jacobs went through with their main event anyway.

Jacobs stopped Chavez (51-5-1, 33 KOs, 1 NC) after five rounds, despite Chavez’s weight advantage. The enigmatic Chavez had some success, but he declined to continue following the fifth round.

Rosado settled for out-pointing Mexican veteran Humberto Gutierrez Ochoa (33-9-2, 22 KOs) in the 10-round, walk-out bout after Jacobs beat Chavez. Talking Stick Arena, home of the NBA’s Phoenix Suns, was essentially empty when Rosado out-boxed Ochoa on his way to winning a unanimous decision.

Jacobs, 33, and Rosado, 34, each have fought at the super middleweight limit just once.

[QUOTE=Al Broker;20786951]People don’t like Danny, but I do. I admire his love for his son, Nate, name on trunks, and goes to his dad’s fights. I just like that personally. Same with Canelo’s little daughter like 24 months was clapping…

Nobody wants to see this fight. Rosado is beyond damaged goods. Aw well, I guess Jacobs just wants an easy tune up fight next.

All I could say is why? Worst fight in boxing at least Chavez was winning an dhad a fighting chance

[QUOTE=JakeTheBoxer;20788055]Against Jermall at 160 or David Benavidez at 168 probably.[/QUOTE] or plant. they had some words a couple months back