Franco is going after them for the severe brain injuries that he suffered - which he claims is due to Roc Nation booking him in three fights in 79 days.

Franco signed a promotional deal with Roc Nation Sports back in 2015. Around that time Roc Nation was making a big run in boxing with champions Miguel Cotto and Andre Ward under their banner. 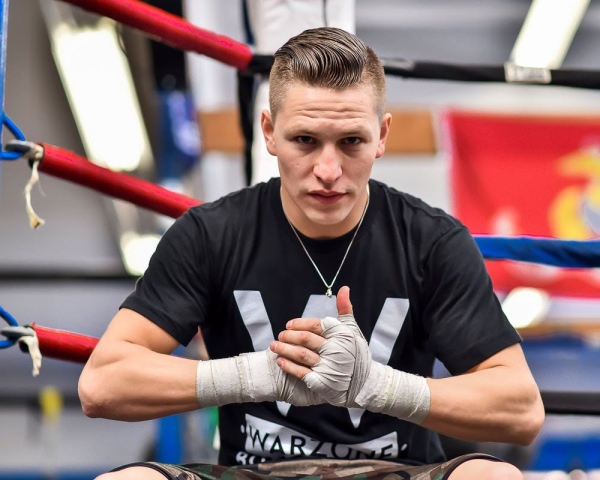 Franco claims that the problems began in March 2017, when he came down with a bad flu before a fight which sidelined him from training for three weeks.

Franco claims he told Roc Nation he needed to postpone or cancel the March 23 fight, and he alleges that they pressured him into fighting anyway.

Franco was stopped by Christopher Martin in three rounds and says he should have been give time to recover - but says Roc Nation booked him to fight again 50 days later on May 12 - which Franco won by knockout in one.

And he says they booked him to fight again on June 10 with Jose Haro, his third fight in 79 days - which is when Franco was knocked out in the eight round.

Franco claims Roc Nation never took the steps to make sure he was medically fit to take that third fight, which nearly killed him.

In the court documents, Franco claims he believes he suffered two skull fractures and a brain bleed before the June 10 fight that could have been detected.

As a result of the knockout in the Haro fight, Franco was diagnosed with a brain hemorrhage and went into a coma. Doctors needed to remove a piece of his skull to relieve pressure from the bleed.

After two weeks, Franco awoke from his coma but claims he still has severe neurological and cognitive issues, and is required to wear a helmet at all times to protect his brain.

In the lawsuit, he's asking for unspecified damages. He says Roc Nation and Jay-Z had a duty to protect him, but instead they allegedly acted recklessly by scheduling him to fight 3 times in 79 days without "necessary medical testing."

Maybe it's different for different states, but I thought boxers are automatically suspended for 6 months after suffering a KO loss. Either way. No one can force you to fight if you feel you aren't ready. Not even your promoter.…

Roc Nation handled this poorly, the kid got some severe damage he came through should have sent some get well wishes and checked up on him weekly little stuff like that goes a long way trust me especially if you…

[QUOTE=Worick;19763540]What does that have to do with him being booked 3times in 79 days? What other active fighter has done that?[/QUOTE] literally all up and comers are booked like that