The 12-round heavyweight main event will also be contested for the vacant European title.

Dubois (15-0, 14 KOs), winner of six in a row by KO, is no stranger to American fight fans, as his last eight bouts have streamed live on ESPN+. He went 5-0 in 2019, including a second-round stoppage over former world title challenger Razvan Cojanu, a fifth-round KO over fellow prospect Nathan Gorman and a second-round blitzing of Kyotaro Fujimoto last December. He made his 2020 debut Aug. 29 and knocked out Ricardo Snijders in the second round. 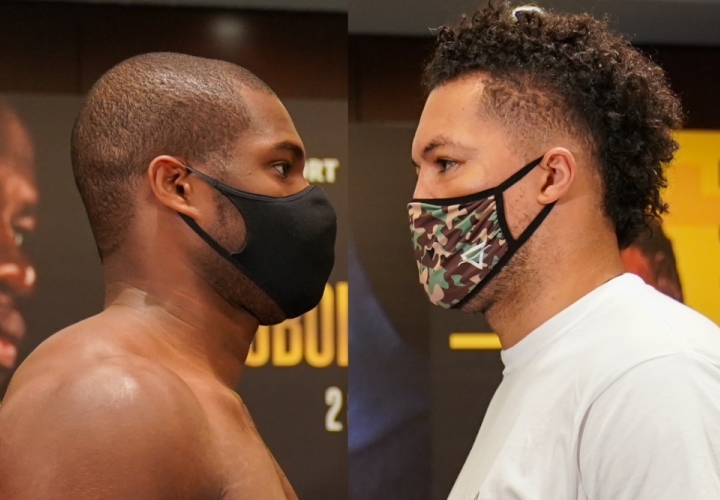 The 35-year-old Joyce (11-0, 10 KOs) turned pro in October 2017 after capturing a super heavyweight silver medal for Great Britain at the 2016 Rio Olympics. He wasted no time as a professional, as he won Commonwealth honors in only his fourth bout. In 2019, he knocked out former world champion Bermane Stiverne in six rounds and veteran gatekeeper Alexander Ustinov in three rounds to increase his knockout streak to nine. In July 2019, he went the 12-round distance and outworked former world title challenger Bryant Jennings over 12 rounds. He returned to action July 25 and knocked down Michael Wallisch three times en route to a third-round stoppage.

[QUOTE=KingGilgamesh;20914644]God English boxing fans are such ****ing useless ****s. How on earth after everything you have seen from Joyce STILL claim he is a domestic level Brezeale? He's achieved more than Breazeale despite having spent about half the time as…

[QUOTE=Queen_Leia;20914677]Not a Wilder fan by any means but I agree with u here. U need incredible power to drop Joyce and keep him down.[/QUOTE] Think it was fury’s old man that said you can hit Joyce with a baseball bat…

What happened? JJ walked through a blizzard of punches that kod the likes of Fujimoto. Who would have thought?

[QUOTE=NearHypnos;20914305]Is it me or do they look extra slower than usual?[/QUOTE] si bastante

Happy for Joe. Seems like a good chap even though he's a tad limited as a fighter. I hope he's gets a shot at a title soon..