Heavyweight contender Daniel Dubois will be out for five months as he recovers from an eye injury suffered on Saturday night.

The left eye began to swell up early on, from the pounding of Joyce's stiff jabs, and by the tenth the eye was nearly shut.

During the tenth round, he was hit directly on the left eye - which prompted him to voluntarily take a knee. Dubois allowed the referee to count him out. 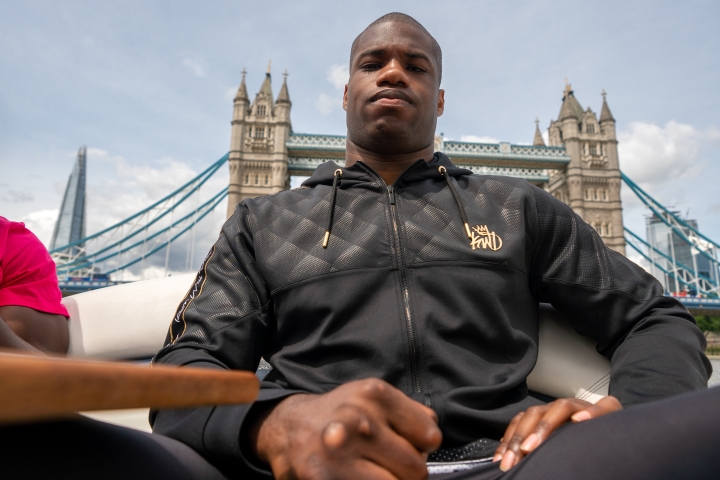 In the aftermath, it was revealed that Dubois had sustained a fractured orbital bone and nerve damage.

According to a recent report by The Sun, the 23-year-old fighter also suffered a bleed on the retina.

The paper indicates that Dubois will be out of action for at least five months.

Once the swelling on the eye is reduced, the area will have a more accurate examination where a doctor will determine if surgery is required.

Ricardo Mohammed-Ali, the surgeon who twice operated on Kell Brook to fix his fractured orbital bones, felt Dubois could have suffered a career-ending injury had he continued with the fight.

"As someone who's fixed a lot of orbits, I'd say that it would be safe to discontinue if there's a suspicion that there's a fracture or risk of visual loss. It definitely could be a career-ending injury. If the orbit is fractured and the eye moves back, if they receive more blows… it can actually drop down into the sinus," Mohammed-Ali told Daily Mail.

"So further damage to the orbit, making the defect even bigger and harder to reconstruct and restore to some sort of function that a professional athlete would require."

[QUOTE=NearHypnos;20921918]Dubois was the one receiving the...eye catching shots. Hehehehe. Anyway.. Then he suffers even more permanent damage. If he couldnt dodge them with two eyes, how was he going to with one? Joyce wasn’t going to stop targeting it. But…

People saying he's bad for quitting are a bunch of ****ing idiots. You wouldn't last a second in a boxing ring

[QUOTE=Jkp;20924220]Your as biased as the commentators, and frank warren. Was a very even fight. That eye damage didnt just happen by magic, it was from joyce landing repetitive clean jabs. (which none of the commentary team noticed.) Had Dubois gone…

[QUOTE=Calibaloc;20923476]That dude is an idiot who most likely never fought before.[/QUOTE] Its pathetic. I doubt he even paid for the fight but he wants someone's son to get disabled because you an obsessed fan sitting under the basement.