Daniel Dubois claimed his first major title with a solid victory in his first real test as a paid fighter.

The youngster has stormed through his professional career to date, chalking up just 12 rounds in his seven fights prior to Saturday night.

Dubois stopped Little in the fifth of 10 scheduled rounds at the O2 Arena, exclusively live on BT Sport and BoxNation. 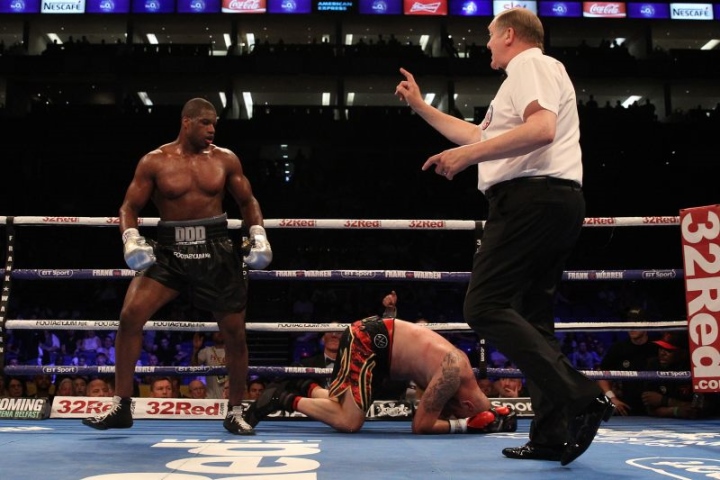 The fight, which had developed a bit of needle in the build up due to both fighters attempting to ramp the sale of the contest, took place as part of the supporting cast to Martin Murray’s WBC Silver middleweight title challenge against Texas-based Mexican Roberto Garcia.

Little was dropped in the fourth round but rose and regained his composure, but the 20-year-old Greenwich star Dubois persevered and stopped his man in the fifth round.

“He put lovely clusters of punches together. His jab is not the fastest but it is heavy and solid. A little bit more head movement would be nice to see,” Dubois said.

Little, 30, came into the fight on the back of a stoppage loss to Filip Hrgovic, the Croatian Olympic sensation, but proved a game opponent for ‘DDD’, who will be hoping to get out again in the not-too-distant future to continue his development.

Frank Warren, Dubois’ promoter, said that a fight against Nathan Gorman, the WBC International and former English champion, could be on the cards within 18 months.

Fans have clamoured for the contest, but the Hall of Fame man Warren believes it will generate more money for both fighters if it happens further down the line.

“I feel ready. But I leave that up to my promoter Frank [Warren] and my manager Martin Bowers, they know best for me," Dubois said.

a fight could be made within 18 ( eighteen) months. :-)))))))) oh what a great and genious Manager you are warren. congratulations

Too bad warrens gonna milk you against bin men and not give you and gorman the fight any time soon then isn't it . Daniel dynashyte Dubois. The eater of binmen.

Daniel would beat fat Gorman to a pulp.

joe joyce to KO this wannabee in under 3 rounds